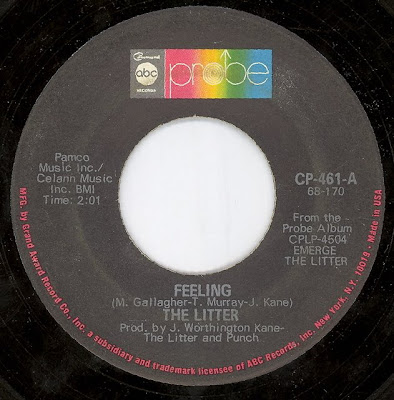 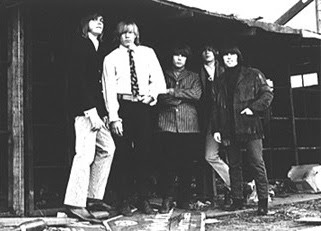 Alright! back to some of what the devil digs the most, FUZZ!

From 1969 with some Midwest heavy psych w/ The Litter who i guess are most known for the single "Action Woman" which was much more of a garage number then this here blistering heavy guitar psych action.

"The Litter" was originally formed from two popular Minneapolis bands in 1966, "The Tabs" (Dan Rinaldi, Bill Strandlof) and "The Victors" (Denny Waite, Jim Kane). Tom Murray was plugged in after auditioning for the group at the Minnesota State Fair.
Tom "Zip" Caplan replaced Bill Strandlof in 1967 after Bill had recorded Action Woman, Legal Matter and Soul Searchin' for the "Distortions" album. The album was finished with "Zip" playing lead on the rest of the tracks.

This cut if from the 3rd and final album called "Emerge".

I've been dying to hear what 'Emerge' sounds like. I know it's a departure from Distortions and $100 Fine, but that's as much as I know.

Love this blog, by the way. Thanks!

elvis thanx 4 stoppinng by!
i happen to love emerge.