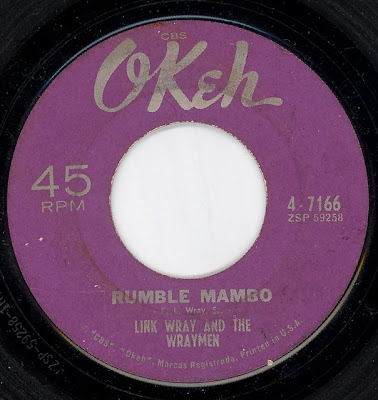 1st up we have some more Rumble from Mr. Link Wray this time via a Mambo from 1963. 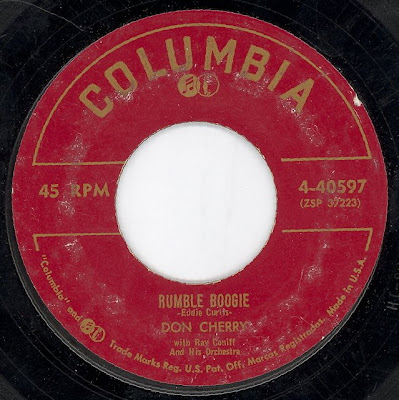 The eighteenth century philosopher Voltaire wrote about experiencing "the best of both possible worlds". He may have had Don Cherry in mind when he penned those words as he is the only person ever to hold successful dual careers both as a singer and a golfer. In fact, many of Don's fans think he is two different men. Some know him as Don Cherry the golfer; others know him as Don Cherry the singer. But most know him as the singing golfer. Ha ha ha! I can't make this shit up i swear!

More oddities about Don: In 1956 Proctor and Gamble approached Don to create a jingle for their new product "Mr. Clean". (An accurate description of Don himself because he can honestly say he never drank or smoked his entire life). He did it and it proved to be one of the most successful commercial jingles ever. 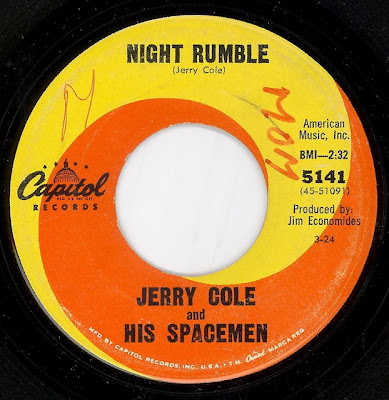 Here we have Jerry Cole and His Spacemen from 1964 stuck smack dab in the middle of the Hot Rod & Surf craze this and Mr. Cole delivers the goods with this rockin' jam that slinks, slides, chugs aand indeed rumbles along!

Jerry Cole played lead guitar in the studio group Jerry Cole & His Spacemen, which featured Plas Johnson on saxophone, Ray Pohlman on bass guitar, Don Randi on keyboards and Hal Blaine on drums. After his stint with the Spacemen, Jerry took over for Van Morrison as the lead guitarist and vocalist for the group Them. He also did session work with the Byrds, Ray Charles, Johnny Rivers and countless others. Jerry also served as bandleader and lead guitarist for Sonny and Cher, Rick Nelson and even Elvis Presely!

Jerry Cole and His Spacemen - Night Rumble
Posted by Devil Dick at 12:07 AM

I just had a brainstorm.
Picture this... it's 1955... two gangs of delinquents are about to have a vicious knife fight...when suddenly Don Cherry's "Rumble Boogie" plays and the JDs break into a West Side Story-type dance routine!

with ot without clothes???

thanks for posting the Jerry Cole. That 45 version sounds a million times better than the mid 90's reissue. It sounds like they eq'd out the highs on the CD version.