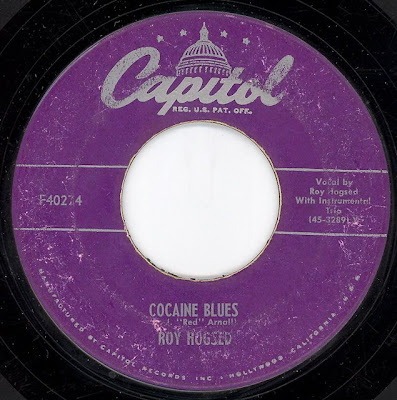 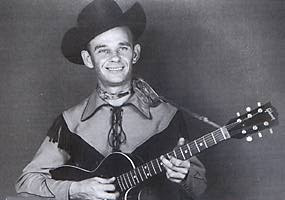 Here is an old one here from 1948:
Roy Hogsed (1919-1978) forged one of the most original sounds in postwar country music, a tight and exciting small group sound that often anticipated the energy and drive of rockabilly and rock 'n' roll. He is best remembered for his hit version of the notorious "Cocaine Blues" and most identified with the accordion and guitar lead and slapped-bass rhythm of his original Rainbow Riders Trio. The Arkansas-born, San Diego-based Hogsed's recording career was relatively brief, spanning 1947-54.

"Cocaine Blues" is a Western Swing song written by TJ Arnall, a reworking of the traditional song "Little Sadie". This song was originally recorded by Roy Hogsed May 25, 1947, at Universal Recorders in Hollywood, California. It was released on Coast and Capitol, with the Capitol release reaching #15 in 1948.

Roy Hogsed - Cocaine Blues
Posted by Devil Dick at 12:09 AM

It's always fun two stepping to a drug song!

I have this one on 78 RPM. My favorite version of this song! Thanks!