The Dimemembers - I Hate The Brady Bunch 7 Inch 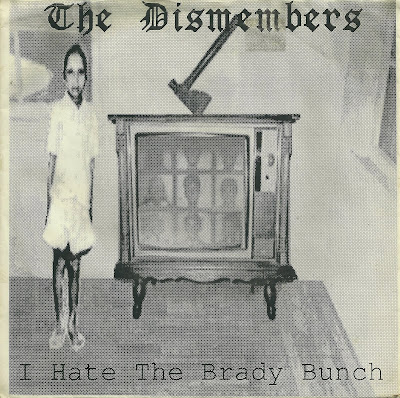 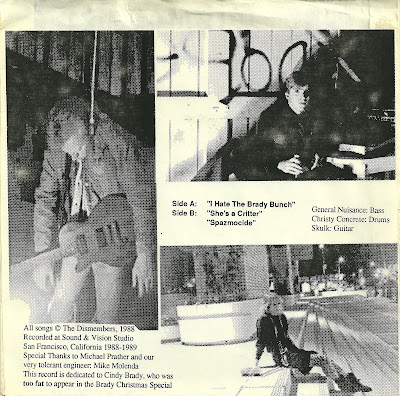 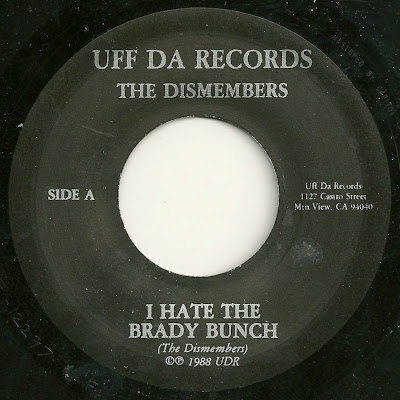 The Dismembers, late 80's retarded kbd punk from California on Uff Da Records. These guys and girl were really trying hard. If this were recorded in 78 instead of 88 I'm sure this would be a high dollar kbd item... Sounds a little like The Mad Daddy's. R.I.P. Stinky...

I'm sure this has been posted "somewhere" on the net already, let's see if i get accused of stealing this too...


The Dimemembers - I Hate The Brady Bunch

The Dimemembers - She's A Critter

The Dimemembers - Spazmocide
Posted by Devil Dick at 11:23 AM 8 comments: 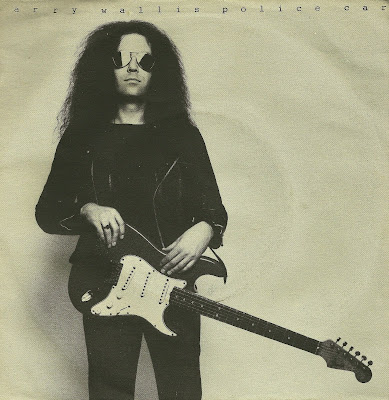 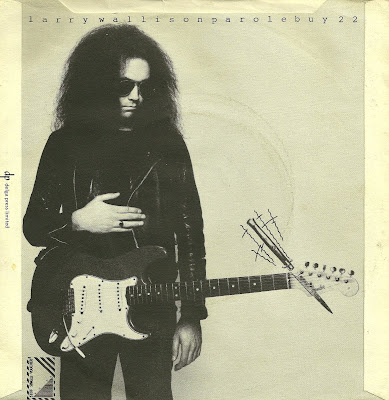 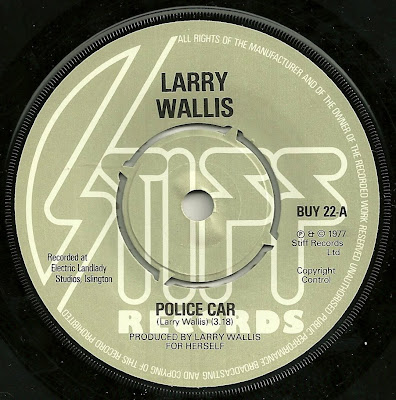 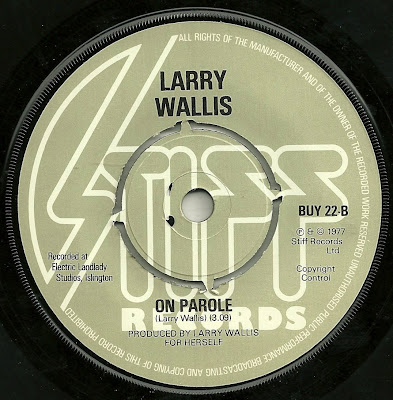 One time member of Pink Fairies & original guitarist for Motorhead, Larry Wallis gives 2 rocking slightly punky cuts from 1977 of the famous STIFF label. Good shit here. Motorhead fans will know On Parole. I've been hunting this one down a while now and just unearthed a copy on the cheap. 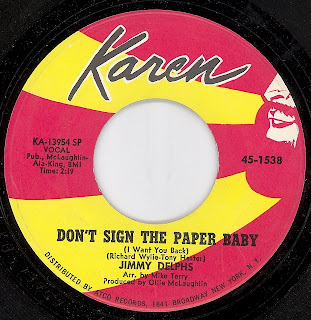 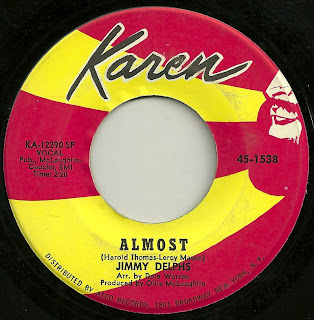 Jimmy Delphs - Don't Sign The papers Baby (I Want You Back)

Jimmy Delphs - Almost
Posted by Devil Dick at 3:57 AM 6 comments: 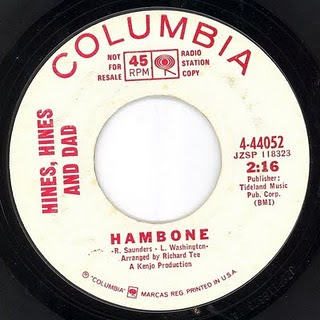 Only Living Witness - Freaklaw - Some Will Never Know 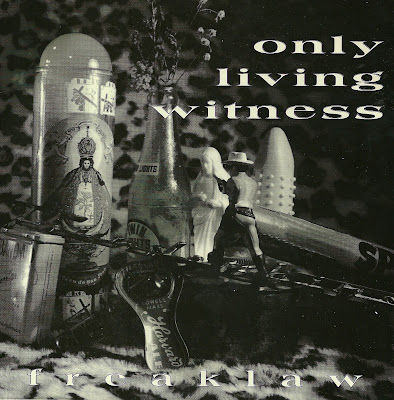 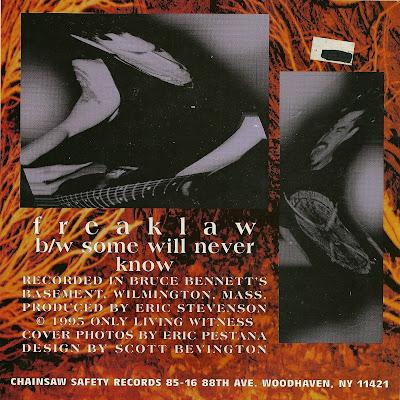 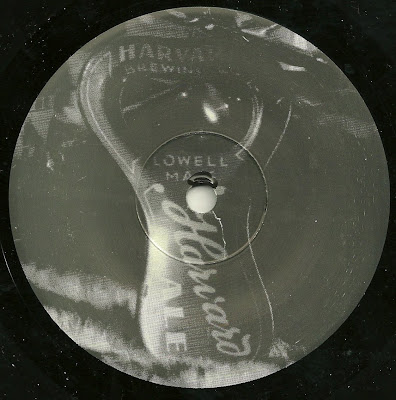 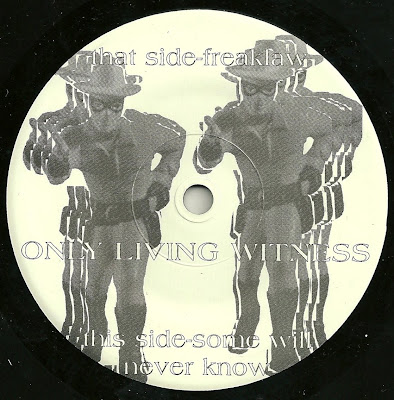 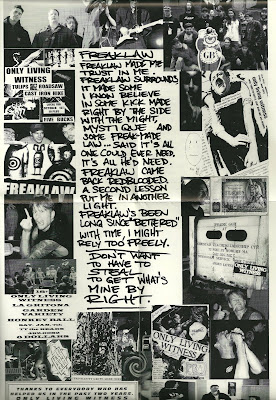 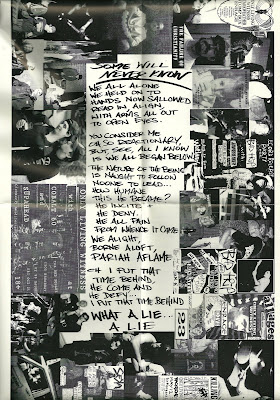 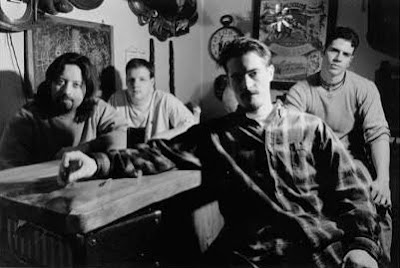 What we have here is some post hardcore - hardcore w/ a metal tinge from up Boston/Alston way....
The band was formed in 1989 in Boston by Jonah Jenkins (vocals) and Eric Stevenson (guitar, ex-Formicide). Eric's brother Kevin Stevenson (guitar) and former Formicide-bandmate Roy Costa (bass) completed the line-up. In 1991 Kevin and Roy were replaced by Craig Silverman and Chris Crowley. Kevin and Roy would go on to form The Shods.
Some real groove and power to this shit, w/ thick heavy Sab like riffs and capped off by some great vox. Only living witness were great and they had one of the finest singers ever in Mr. Jonah Jenkins. And one of my persoanl faves of all time. The dude has pipes, intesity and itelligence.
Since only living witness he has been a part of Milltown, Milligram and Raw Radar war among others, and started his own record label, TRAKTOR7, releasing albums by Milligram, Crash and Burn, Lamont, The Hidden, Waltham, Blacktail, Quintaine Americana, Morgan Knockers, and Black Helicopter.

Only Living Witness - Some Will Never Know
Posted by Devil Dick at 12:23 AM 2 comments: 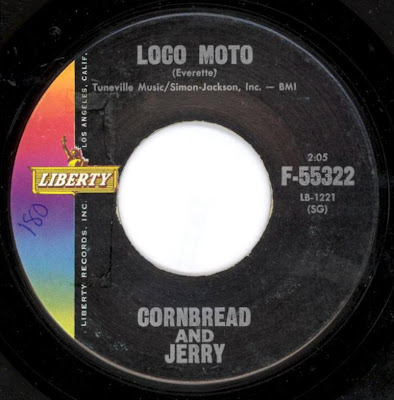 Cornbread and Jerry AKA Bill Justis and Jerry Smith with a piano & organ driven instrumental rocker from 1961... deal or no deal?

Cornbread & Jerry - Loco Moto
Posted by Devil Dick at 7:32 AM No comments:

The Aquatones - She's The One For Me 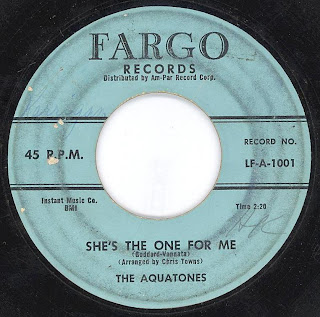 A nice little rocker from 1958 from the Aquatones. This is the flip to their hit 1st and only "hit" record "You". I prefer this side...

Here is the Wiki low down:

The Aquatones were a doo-wop group in the 1950s who charted just once with "You", a ballad which was also covered by Gale Storm.

The Aquatones were true one hit wonders whose subsequent singles for the Fargo label all failed to reach the Hot 100.

The Aquatones were a four part harmony band with a female lead vocal, Lynne Nixon. The group began as three guys from Valley Stream, New York. They formed in 1956 as the Rhythm Kings with Dave Goddard, Larry Vannata, and Gene McCarthy as members. They came together to record a song written by Dave for their junior class play at Valley Stream Central High School. All of the guys played instruments as well as sang - Gene the clarinet and tenor sax, Larry the alto and tenor sax, and Dave the piano. Bob Boden would play drums when they performed live. A classmates father, a record distributor, heard the group and suggested that they add a high falsetto voice. Shortly thereafter, Larry met Lynne Nixon at a dance and asked Gene and Dave to give her an audition. Upon hearing Lynne's voice they agreed to add her to the group. At first, Lynne only sang backgrounds, until Larry wrote the song "You" for her to sing.
The group later changed its name to the Aquatones (as Dave describes it "so the guys could wear a 'cool' shirt from the 1950s - aqua with a black velvet 'V' down the front). In 1957 the three original members - Larry Vannata, David Goddard and Eugene McCarthy, decided to add Lynne as a fourth member to give the group some versatility. It was not long after the group became a foursome that they found themselves performing at a talent contest at Malverne High School. The contest entitled Stairway to the Stars was just that for the group as local real estate mogul turned music promoter Lou Fargo heard the group and liked what he saw and heard. In December 1957, he signed the group and off to the studio they went to record on Fargo's own label.

Their first song was "You" (Fargo 1001 b/w She's the One For Me). It was a group harmony recording. The record hit on the Billboard chart in April 1958. Such classics as "I Met Him on a Sunday" by the Shirelles, "Zoom Zoom Zoom" by the Collegians, and "Sweet Little Sixteen" by Chuck Berry were out at the same time. While it did very well in the East, it only managed to hit #21 across America. 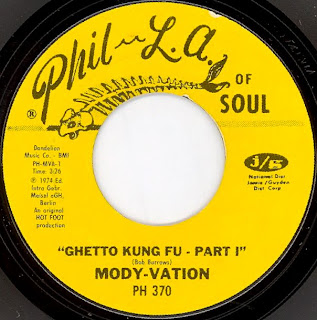 Bruce Lee and Kung Fu movies in general seemed to be a big hit back in the 70’s and left their mark in the funk & soul scene of the day, as there is a myriad of kung fu related songs. Here is one…. No idea who Mody-Vation were but this is a cool and strange little nugget of Kung Fu related 70’s (1974) funk that borders on that disco line…

Tank - (He Fell In Love With A) Stromtrooper - Blood, Guts and Beer - Live Version 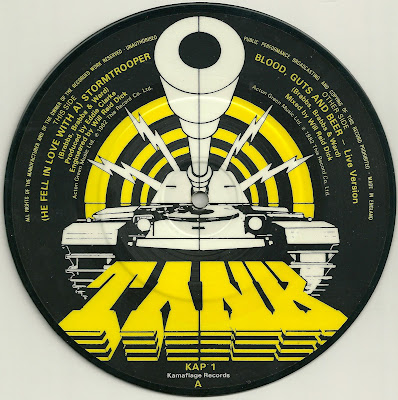 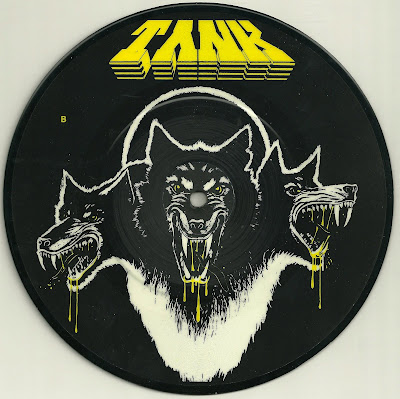 I remember walking in to the "Peddler's Village" music store right around the year of this release (1982) and seeing this picture disk 7 inch and buying it. I think remember seeing that they were on tour with Motorhead at around this time, (most likely in an issue of Kerrang!) So i bought it... Tank were one of the few NWOBHM bands that kind of crossed over into the "punk" catagory and seeing as Bassist - Singer Algy Ward was once a member of The Damned that kind of makes sense. They had a no nonsense approach and were pretty straight forward. Bringing that Motorhead beer drinking no bullshit attitide infused with a slight punk vibe. This was all denim and leather. None of that glammy, look at me makeup and clothes bullshit. And i love it! Still do! When Algy cries, "What's Inside Me!? - Blood Guts & Beer!" I'm all in!

These guys and Holocaust are probably my fave early 80's metal for all of the reasons sited above.... NO BULLSHIT!

Tank - (He Fell In Love With A) Stromtrooper