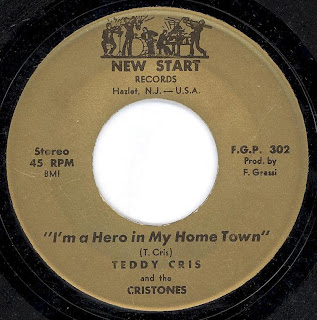 I found this record in a pile of junk many years ago right here in Jersey and seeing as it is from Hazlet (New Start Records Hazlet N.J.)this makes sense. But i know nothing about this little gem here even though it and myself are from the same area. I would imagine this was self released w/ Mr. Cris leading the way right out of Hazlet. I would also imagine this is a pretty rare little fucker. i googled this in multiple ways and found NOTHING! Either way this is a real great rockabilly type number about being a big fish in small pond only to make a move and then being the little fish in a big pond. There is some really great guitar work on this cut and i dig the sort of laid back vocal delivery. This has a real late 50's (58) rockabilly vibe but for some reason, being as its coming out of Jersey i would suspect this may very well be early 60's...?

This is the reason i collect records and why i do what i do and get my ass up at 6AM on my weekends and go dig for vinyl, almost always coming away with nothing spacial but once in a while digging up a real winner.

I don't ask for much while i do this shitty little blog but if you do in fact know anything about this record or Mr. Cris please let me know. Until then, enjoy!

Teddy Cris and the Cristones - I'm A Hero In My Home Town
Posted by Devil Dick at 8:05 AM 7 comments: 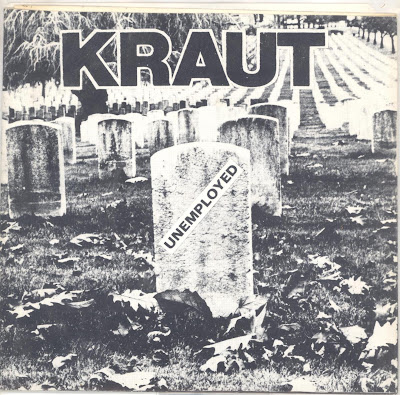 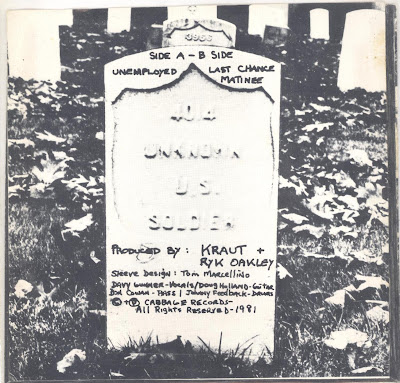 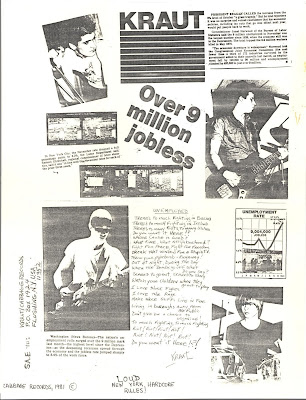 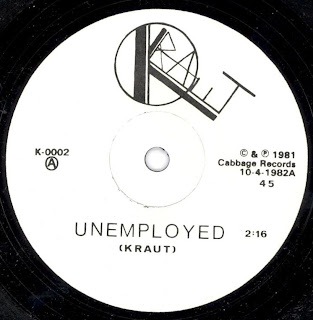 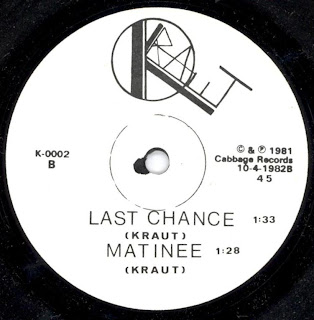 Kraut was a New York band who started playing in 1981. Their very first performance was opening for the Clash at Bonds in NYC (Summer 1981). Members Include: Davey Gunner (vocals), Doug Holland (guitar/vocals) Don Cowan (bass/vocals), and Johnny Feedback (drums/vocals), and Ryk Oakley, producer. While recording their 1st album, they opened up for The Professionals (band) at the Channel Nightclub in Boston. Steve Jones (ex-Sex Pistols) and Kraut became good friends and recorded extra guitar tracks on "An Adjustment to Society" album. Steve was included on Kill for Cash, Sell Out and Onward. The video for "All Twisted" from that album appeared in rotation on MTV, the first independent band to be played on MTV. The band went on to release "Whetting the Scythe" and toured the USA.

Their early sound was New York Hardcore / Thrash. By the mid-'80s, Kraut had become a Hard rock/Metal band (à la later period SSD or similar Boston bands). Christopher Smith from Battalion of Saints joined and recorded with the band. He appears on some tracks with Doug Holland on later releases.

Ink Spots - If I Didn't Care 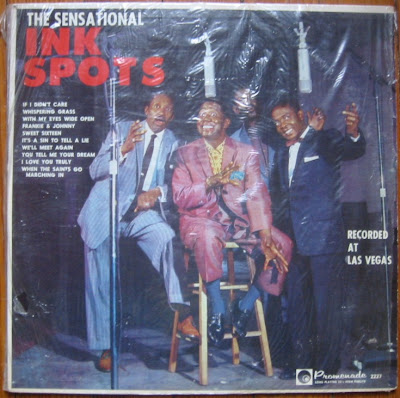 The Ink Spots were a popular vocal group that helped define the musical genre that led to rhythm & blues and rock and roll, and the subgenre doo-wop. They and the Mills Brothers, another black vocal group of the 1930s and 1940s, gained much acceptance in the white community.

Their songs usually began with a guitar riff, followed by the tenor, who sang the whole song through. After the tenor finished singing, the bass would either recite the first half, or the bridge of the song, or would speak the words, almost in a free form, that were not part of the song, commonly using the words "Honey Child", or "Honey Babe", expressing his love for the opposite sex in the song. This was followed by the tenor, who finished up singing the last refrain or the last half of the song.

The Ink Spots formed in the early 1930s in Indianapolis. The original members were :-

For the next two years, their popularity grew through radio programs and tours. After a series of unsuccessful recordings for Victor Records and Decca Records, they had their first smash hit with "If I Didn't Care", a song written by Jack Lawrence, on Decca, in 1939 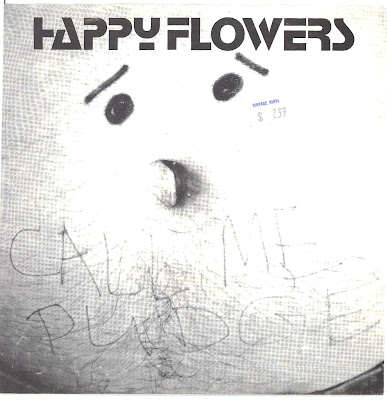 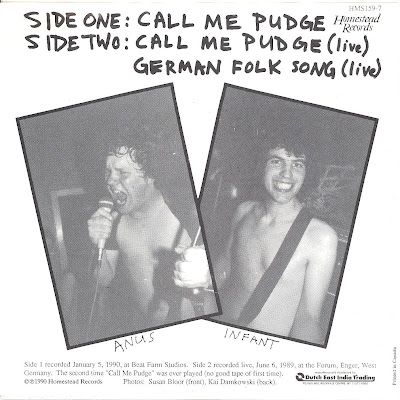 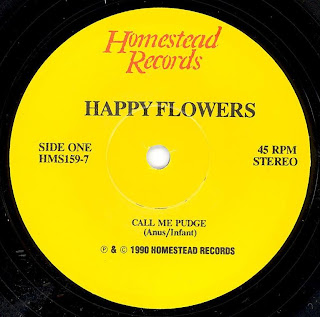 Today something to get your weekend started, some Virginia based 80s-90's Noise, Punk, Metal or whatever you want to call it, consisting of Mr. Anus and Mr. Horribly Charred Infant (Or Mr. HCI for short). This shit is not for the squeamish but i love it!!!

Mr. HCI does an awesome blog called Mr. HCI's Song of the day. You'd be right smart to visit and have a good listen as the man throws down some eclectic, rare & oddest stuff you are likely to find on the web. Bookmark or follow that shit or whatever it is you do...

Now if i could only get Mr. HCI to get me those records he promised me about 10 years ago...


Happy Flowers - Call Me Pudge
Posted by Devil Dick at 7:46 AM 6 comments: 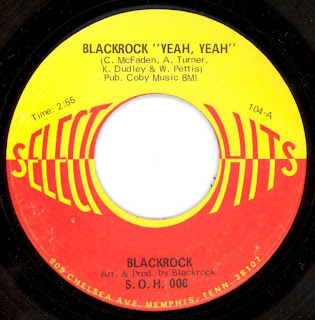 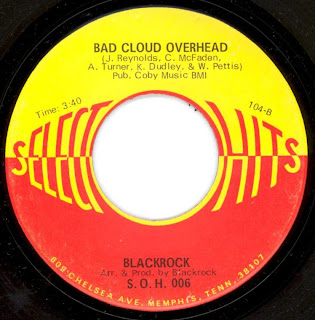 Gearing Up for the Asbury Park 45 sessions tonight @ the Asbury Lanes put on by the Fantastic Flea Market Funkhere is a killer funk rock 45. "Yeah, Yeah" was featured on the Black Chains and Exhaust comp, but in my opinion the flip Bad Clouds Overhead is equally as bad ass. You know the devil LOVES this shit, fuzzy rock fuel funk with stinging guitar work and Hendrix worship. Dig in!

If you are in or near central NJ get yo ass over the Asbury Park where it is much more than just The Boss... 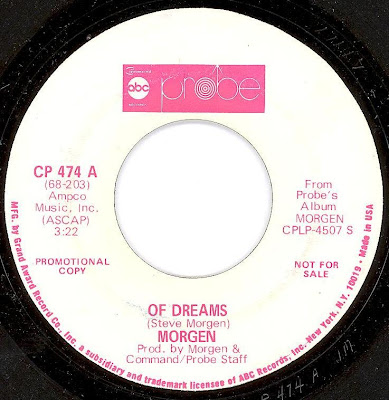 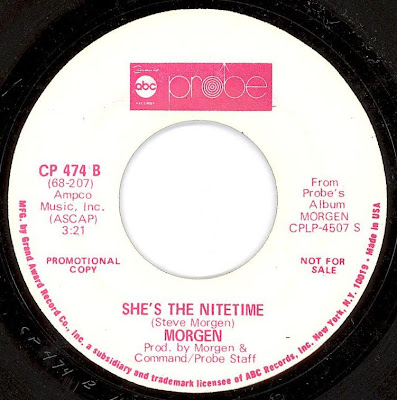 Another small gift to myself for the Holidays and another psych kvlt classic...

ABC Record's valiant attempt at the 'hip/youth' market, Probe, released many memorable LP's by such groups as Saint Steven and The Litter along with debut offerings by Zephyr, Soft Machine and Rare Bird, but none generate the frenzy at this late date quite like the quartet led by guitarist/vocalist Steve Morgen, first unleashed in 1969. This is the rare 7" mono versions of 'She's The Nitetime' and 'Of Dreams'. Radio stations didn't bite on the single, Probe closed up shop, and the world became a decidedly sadder place."

Singer/guitarist Steve Morgen and company (bassist Rennie Genossa, drummer Bob Maiman and rhythm guitarist Barry Stock) originally hailed from (of all places) Long Island, New York. Signed by ABC's short-lived Probe subsidiary, their 1969 debut Morgen teamed them with producer Murray Shiffrin (Steve Morgen is given the co-production credit). After this superb debut, the entire band quite simply disappeared. If you're into heavy psych guitar, then this is for you. You're looking at a pseudo-classic slice of psychedelia that largely explains the huge asking price of an original copy. 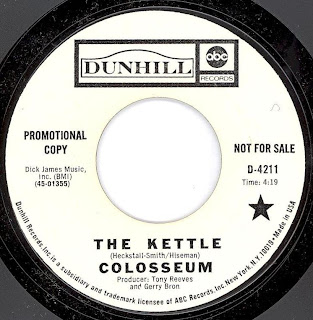 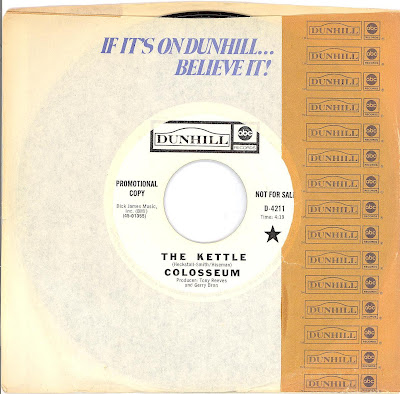 Going to stick with some amazing psych stuff here with something i bought myself for X-mas because i love me. This is one of those songs that just does it. I mean everything about it is just amazing IMHO. And also in my opinion the bands best song.
Just awesome in every aspect... Something i am now very proud to own!

Colesseum were one of the pivotal progressive bands that emerged in the second part of the Sixties. Unfortunately the progressive world was more impressed by The NICE and KING CRIMSON, making COLOSSEUM a bit under appreciated progrock band. In '68 the founding members were drummer Jon Hiseman, tenor sax-player Dick Heckstall-Smith and bass player Tony Reeves, later joined by Dave Greenslade (keyboards), Dave Clempson (guitar), Chris Farlowe (vocals) and Mark Clark, he replaced Tony Reeves. COLOSSEUM made three studio albums: "Those Who Are To Die We Salute You" and "Valentyne Suite" (both from '69) and "Daughter Of Time" ('70). The music is a progressive mix of several styles with lots of sensational solos and captivating interplay. In '71 the band released their highly acclaimed live album "Colosseum live". After COLOSSEUM was disbanded in '71, most of these members formed or joined known groups like HUMBLE PIE (Clem Clempson), ATOMIC ROOSTER (Chris Farlowe), GREENSLADE (Dave Greenslade re-united with Tony Reeves) and COLOSSEUM II (founded by Jon Hiseman).

While Colosseum lasted only a little more than three years, they made a great impression on the blooming subgenre of progressive rock, first with the energetic jazz- and blues-influenced Those Who Are About to Die Salute You, with its unusual chord progressions and variant song structures, and then with the epic Valentyne Suite. The title track of Valentyne Suite, a 17-minute composition, pushed keyboardist Dave Greenslade to the forefront of the band and into the spotlight of progressive music, a position he was increasingly uneasy with over the years. Drummer Jon Hiseman, on the other hand, gradually moved towards the jazz fusion area. Colosseum began to undergo personnel shifts with their third album, Grass Is Greener, with everyone calling it quits upon the departure of Greenslade in 1971. In 1975, Hiseman formed Colosseum II, but this time the mandate was firmly jazz fusion.

This is not jazz fusion but straight ahead heavy guitar psych rock...

Colesseum - The Kettle
Posted by Devil Dick at 7:56 AM 5 comments: 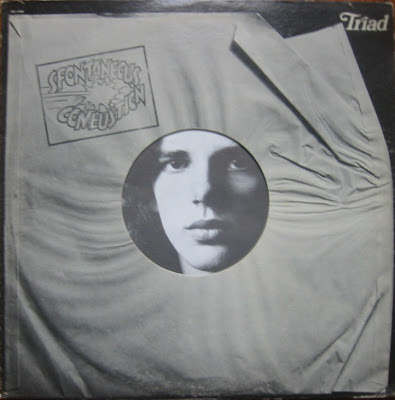 Today we get some hard driving rock and roll with some psych and jazz tinges and some really kick ass guitar work. This band is way under rated IMHO. The songs are well written and performed to perfection. The band is tight as shit and the playing and production is crisp and clear. Why more people don't get on board with this group is beyond me...

It's a shame Gary Margetts never resurfaced as his guitar playing and vocals are really excellent and as i said before way under rated. Anyone know if he has ever done anything else? Either way enjoy these 3 cuts from the 2nd album and 3 of my faves from Triad.

The Wizard, The Prophet & The Little Space Girl 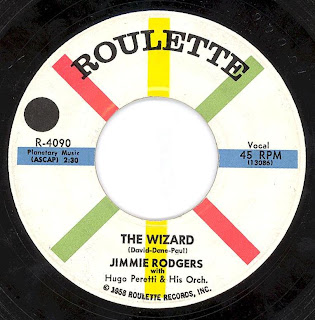 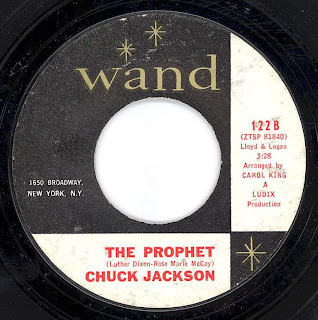 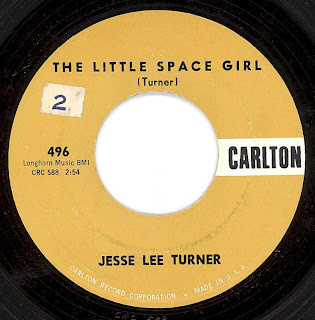 Sticking with my previous post about posts not having anything to do with anything, Here are 3 songs that have really no common thread whatsoever, a 50's rocker, a soul cut & a space novelty song, but man, i really like the way "The Wizard, The Prophet & The Little Space Girl" rolls off the tongue... 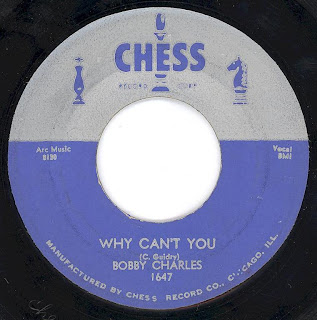