The Mojo Men - Dance With Me 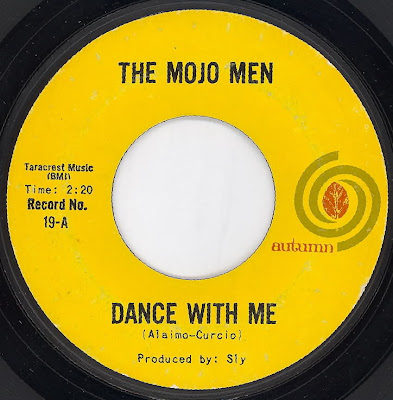 This San Francisco group was organized, in part, by Sly Stone of Sly & The Family Stone fame. In fact, this group was originally called Sly & the Mojo Men. This song was a minor nationwide﻿ hit in late 1965, but the group's follow-up ("Sit Down, I Think I Love You") did﻿ much better.

Denny Provisor - It Really Tears Me Up 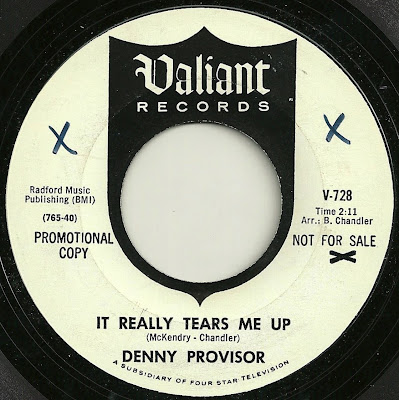 Denny was a one time member of The Grass Roots. Here he is in 1965 a few years earlier on his own with a tune that has a great gritty vocal and a few nice Byrds guitar parts. Too me it sounds a bit like a cross between The Byrds, Steppenwolf and the Monkees. Go Figure...

Denny Provisor - It Really Tears Me Up
Posted by Devil Dick at 1:36 AM 3 comments: 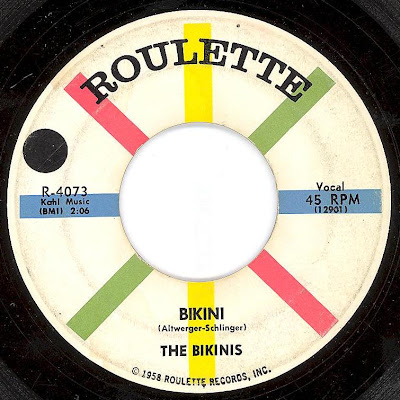 I for one am sick of this cold weather. Its been a brutal winter up in the North East. I say bring on the bikini weather!

Anyway here is an crazy little instrumental from 1958!

The Bikinis - Bikini
Posted by Devil Dick at 8:05 AM 3 comments: 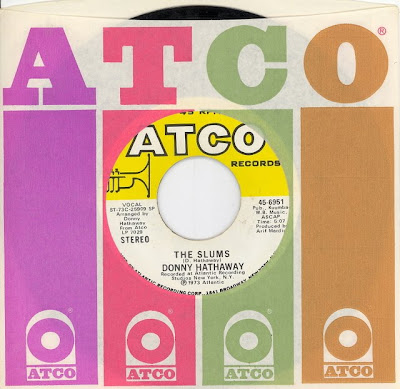 This is a great track from Donny Hathaway. Just a great great groove. Slow and slightly funky soul from 1973.

You can read about the life and tragic death of this incredibly gifted but troubled soul man HERE: If you don't know, you should...

Donny Hathaway - The Slums
Posted by Devil Dick at 6:38 AM 2 comments: 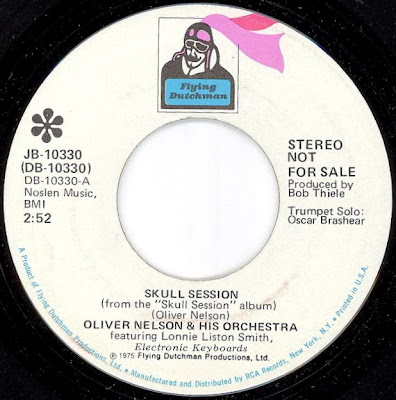 Ever wonder where them West Coast gangsters got that smooth and funky keyboard sound & groove from...???

Oliver Nelson's family was musical: his brother was also a saxophonist who played with Cootie Williams in the 1940s, and his sister sang and played piano. Nelson began learning to play the piano when he was six, and started on the saxophone at eleven. From 1947 he played in "territory" bands around Saint Louis, before joining the Louis Jordan big band from 1950 to 1951, playing alto saxophone and arranging. After military service in the Marines, he returned to Missouri to study music composition and theory at Washington and Lincoln Universities, graduating in 1958. While back in his hometown of St. Louis, he met and married the former Miss Eileen Mitchell. From this union came a son, Oliver Nelson Jr.. Oliver and Eileen divorced, and, after graduation, Nelson moved to New York, playing with Erskine Hawkins and Wild Bill Davis, and working as the house arranger for the Apollo Theater in Harlem. He also played on the West Coast briefly with the Louie Bellson big band in 1959, and in the same year began recording as leader with small groups. From 1960 to 1961 he played tenor saxophone with Quincy Jones, both in the U.S. and on tour in Europe.

After six albums as leader between 1959 and 1961 for the Prestige label (with such musicians as Kenny Dorham, Johnny Hammond Smith, Eric Dolphy, Roy Haynes, King Curtis and Jimmy Forrest), Nelson's big breakthrough came with The Blues and the Abstract Truth, on Impulse!, featuring the tune "Stolen Moments," now considered a standard. This made his name as a composer and arranger, and he went on to record a number of big-band albums, as well as working as an arranger for Cannonball Adderley, Sonny Rollins, Eddie Davis, Johnny Hodges, Wes Montgomery, Buddy Rich, Jimmy Smith, Billy Taylor, Stanley Turrentine, Irene Reid, Gene Ammons and many others. He also led all-star big bands in various live performances between 1966 and 1975. Nelson continued to perform as a soloist during this period, though increasingly on soprano saxophone.
In 1967, Nelson moved to Los Angeles. Apart from his big-band appearances (in Berlin, Montreux, New York, and Los Angeles), he toured West Africa with a small group. He also spent a great deal of time composing music for television (Ironside, Night Gallery, Columbo, The Six Million Dollar Man, The Bionic Woman, and Longstreet) and films (Death of a Gunfighter and he arranged Gato Barbieri's music for Last Tango in Paris). He produced and arranged for pop stars such as Nancy Wilson, James Brown, the Temptations, and Diana Ross. Less well-known is the fact that Nelson composed several symphonic works, and was also deeply involved in jazz education, returning to his alma mater, Washington University, in the summer of 1969 to lead a five-week long clinic that also featured such guest performers as Phil Woods, Mel Lewis, Thad Jones, Sir Roland Hanna, and Ron Carter. Nelson died of a heart attack on 28 October 1975, aged 43.

Oliver Nelson And His Orchestra - Skull Session
Posted by Devil Dick at 10:01 AM 4 comments: 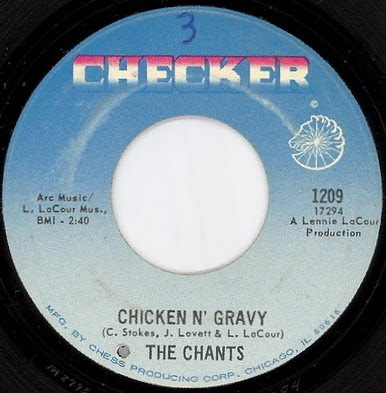 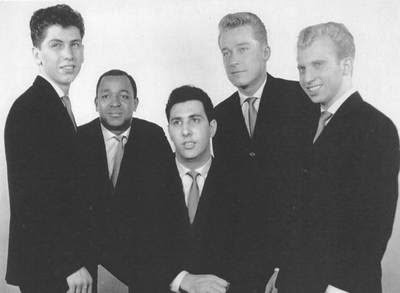 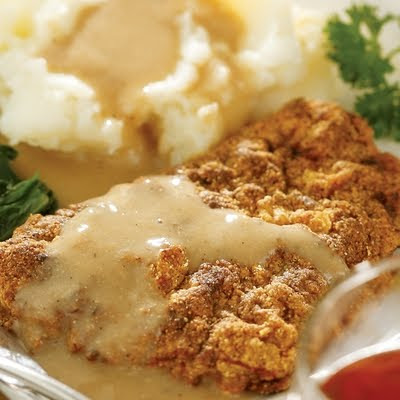