Morgus and the 3 Ghouls - Morgus the Magnificent 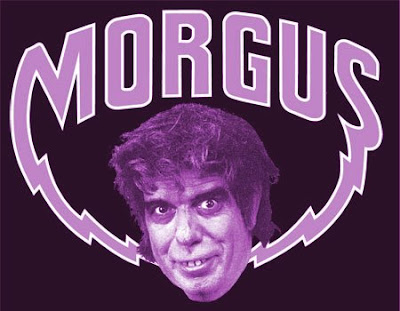 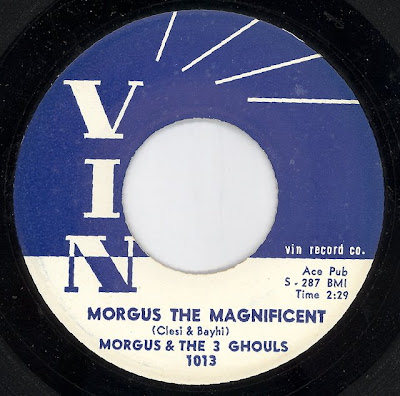 This is suppossedly Dr John under the name "Morgus and the 3 Ghouls" making reference to Morgus' show? True?

Morgus the Magnificent, aka Momus Alexander Morgus, is a fictional character on television shows that originated in the New Orleans, Louisiana television market. From the late 1950s into the 1980s Morgus was a "horror host" of late-night science fiction and horror movies. Morgus is a quintessential mad scientist created and portrayed by New Orleans actor Sid Noel. Assisted by executioner styled sidekick Chopsley, his well-intentioned experiments served as book-end pieces to the films, and typically go awry at the last minute.

Morgus first appeared on late night television on January 3, 1959, in the House of Shock, hosting the science fiction and horror movies in between experiments.

Morgus and the 3 Ghouls - Morgus the Magnificent
Posted by Devil Dick at 12:06 AM

T
It is in fact the good Doctor!
L

Wow! This is a longtime want list item for me. Mac Rebennak and who knows who else. Great stuff!

I read somewhere that the other Ghouls included Frankie Ford and Huey "Piano" Smith (makes sense, as all three were signed to Ace Records at the time)!

Morgus rocks! This is the best song to come from a horror host.