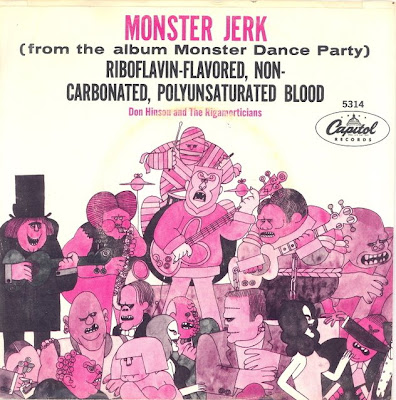 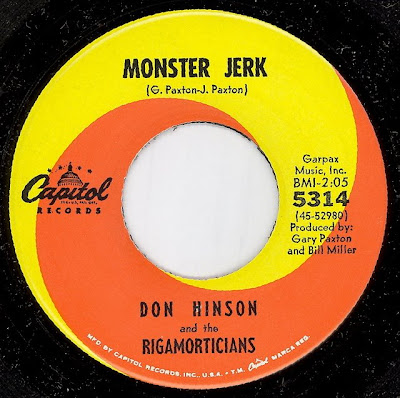 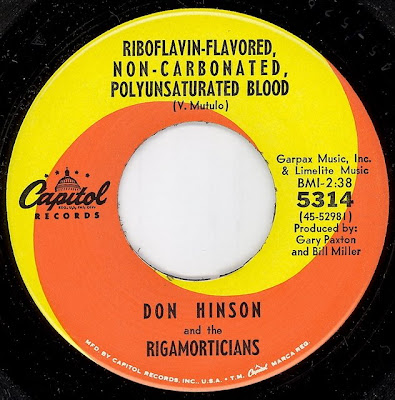 Tunes Removed via below:

We have received a DMCA complaint for one or more of your blogs. Emails with the details were sent to you and all posts have been reset to "Draft" status (you may find them by selecting "Drafts" on the "Edit posts" page for each of the affected blogs). You may re-publish the posts with the offending content and/or link(s) removed. If you believe you have the rights to post this content, you can file a counter-claim with us. For more on our DMCA policy, please click here. Thank you for your prompt attention.

apparently Don Hinson is a Jerk-off...
Posted by Devil Dick at 12:02 AM

I hated saying that over the *airwaves*

I might just try and announce that song at my Halloween quiz... and then put it down to insufficient alcohol :)
great picks - thanx a million - more, please :)

These whiny bitchy artists need to keep their stuff in print, if they don't want people to d/l it (duh!)---and quit their damn crying. 45 Grave's version of this song is probably better anyway, and I usually buy stuff when I like it, and it is in print and affordable. Thanks for posting it, even though someone whined and caused it to be removed. Not everyone has the time or money to track down rare music on Ebay for hundreds or thousands of dollars.

Well, guys, I was a good friend of Hinson's and I doubt very seriously if he had anything to do with sending the violations order. He wasn't that kind of guy. He was funny and wise and we always had a great time together while he worked at KLAC and I at KZLA in side by side studios. We had an intercom that was always buzzin's with one of our crazy gags or thoughts! You would have loved him, honest! He passed away a number of years ago and I miss him....

Sorry to hear that Burt. And i shouldn't have been so harsh. My apologies. I love this record but iy bummed me out when i was forced to take it down!
All the best,
DD