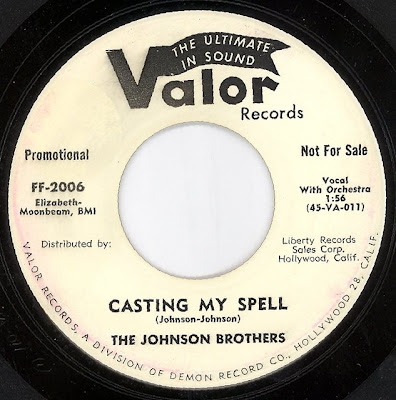 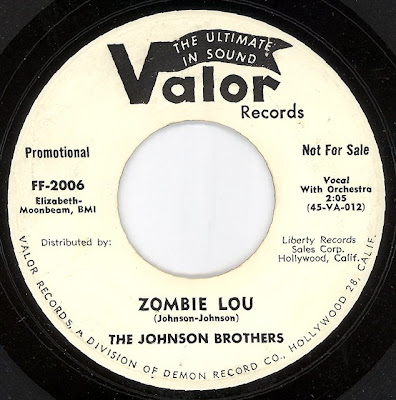 Time is running out for Halloween goodness, the leaves are changing and the weather is starting to get colder each morning here on the East Coast and less than a week away for all hollows eve so today you get 2 Halloween goodies froom the Johnson Brothers.

The Brothers Johnson are Alvin and Edward Johnson and these cuts were recorded after their brief recording career as The Souvenirs.

This 45 is from 1959 and rumored to have Eddie Cochran playing guitar on Zombie Lou???

Even though i believe Casting My Spell was written by the Johnson Bros I first heard this song done by The Johnny Otis Show & while his a great version on its own I think this version is better....

The Johnson Brothers - Casting My Spell

The Johnson Brothers - Zombie Lou
Posted by Devil Dick at 12:01 AM

This is great, thanks! The only version I ever heard of "Casting My Spell" was by Wilko Johnson from Dr. Feelgood. I love this song.