Weirdos - We Got The Neutron Bomb - Solitary Confinement 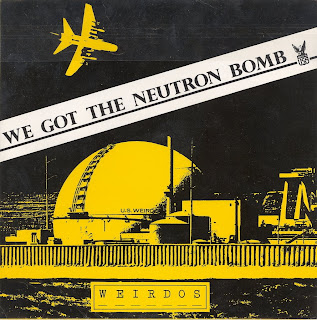 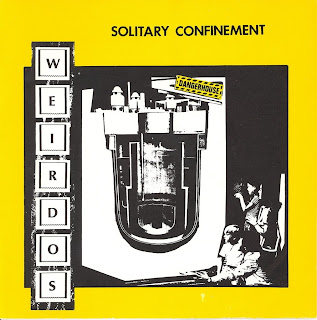 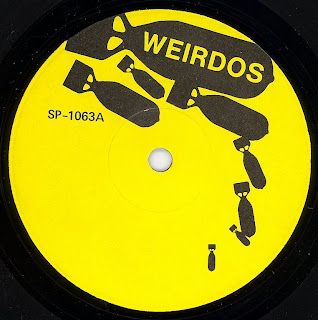 By the time you read this I'll will be fully sedated and under the knife this Monday. I'm having some surgery this morning and if all goes according to plan i should be back and posting in no time. If you don't hear from me in a while.... well lets not go there.

Alright, keeping in the punk side of things here is a classic 7 inch by the weirdos:

If you dig punk you will already know this, if not, get on board ASAP!

The Weirdos were an American punk rock band from Los Angeles, California. They formed in 1976 and broke up in 1981, were occasionally active in the 1980s, and recorded new material in the 1990s. Critic Mark Demming calls them "quite simply, one of the best and brightest American bands of punk's first wave."

The band was formed by singer John Denney and his brother Dix on guitar; they were the only constant members, though guitarist/bassist Cliff Roman, bassist Dave Trout and drummer Nickey "Beat" Alexander were relatively long-term Weirdos.

They were originally an art rock band formed in 1976, and were featured in a news article featuring punk rock groups in Time magazine and so the "punk" label stuck.

I was 12 when this record came out and from a small town in NJ so it took me a few years to catch up to the punk thing. I had heard about the sex pistols and the clash but when i brought home a magazine with pics of the sex pistols Mom was more than happy that i was listening to the cartoon sounds of Kiss. But when i got into Jr High there was no stopping the punk influence and i meet a few other odd ball guys that turned me on to bands like The Dickies, The Rubber City Rebels, The Germs, Fear, Dead Kennedy's, and of course Black Flag so thanks Richie Dagger & Gary Hemp where ever you are...

Weirdos - We Got The Neutron Bomb

Weirdos - Solitary Confinement
Posted by Devil Dick at 7:33 AM

I like the Weirdos' --or as they'd say up here in Massachusetts: the Wheados-- version of Hank Mizell's "Jungle Rock" too, from that Bomp mini LP they did, circa '79 (I think?).

Anyway, good luck on the surgery. Hope ya feel better.

Hope all goes well with the surgery.

I may not comment on your posts, but I enjoy them immensely.