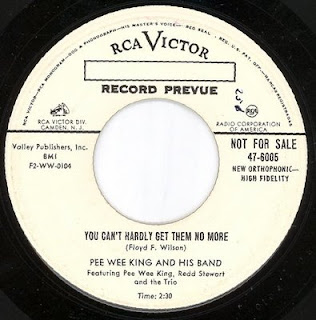 This one goes out to my kids and once again the redboy.

See when i first got this here 45 a way back when and was playing it my kids were asking about it saying Daddy, what's a mustache cup? (listen to the song to fully understand) and i tried to explain it to them and they just had this puzzled look on their faces like "huh?". So what i did was actually took a coffee mug and cut out a piece of paper to make a mock mustache cup to show them... 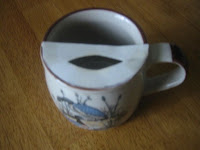 So when i was telling the story to my my co-worker, fellow record collector geek and all around swell guy (well most times) the redboy i was shocked and dismayed that the man who knows everything was a bit clueless about the mustache cup as well. So we did what everyone does these days and looked it up on the interwebs. Now he had never heard this song before but i told him about it and the line "You Can't Hardly Get Them No More". Well low and behold a few weeks later i came to work and there on my desk was a fancy antique mustache cup (a few chips but its thee thought that counts right?) with a note in it saying 'i guess you CAN hardly get them no more". Nice! 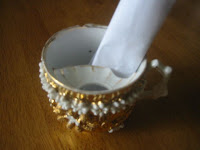 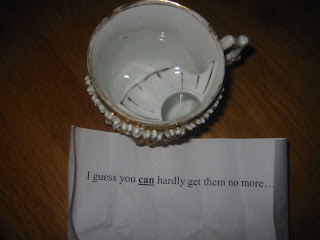 So anyway here is a real goof-ball of a country song from 1955 about a mustache cup, among other things... Do any of you care about my story that is just as goofy as this song?
Most likely not, but i found it very amusing...

Pee Wee King and His Band- You Can't Hardly Get Them No More
Posted by Devil Dick at 7:29 AM

And THAT is why you are Devil Dad!

Interesting story. Takes me back to the age of 10, we had a mustache cup that held coupons, a pen, a paper clip and a couple rubber bands next to our green 'dial' phone that all sat on the pinkish/red countertop. Weren't the 70's great???

Anyway, thanks for the neat posts!