The Volumes - I Love You - Dreams 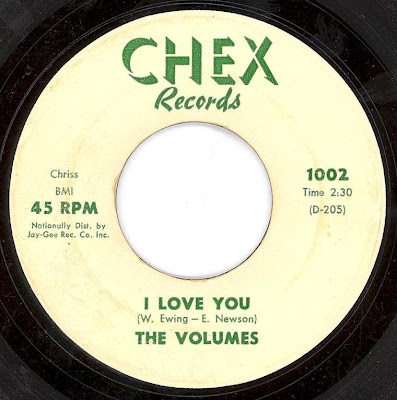 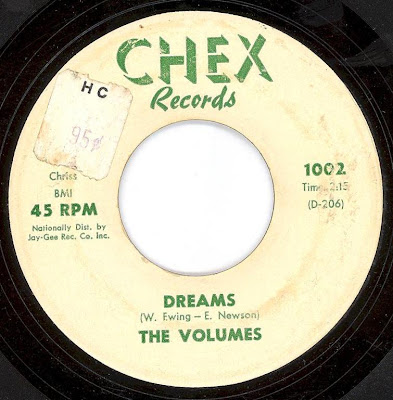 Great R&B vocal Doo Wop today from 1962 by The Volumes on the Chex record label.

The Volumes (sometimes written as The Volume's) were an American R&B vocal group formed in 1960 in Detroit, Michigan. The group's 1962 single for Chex Records, "I Love You", was a hit in the U.S., peaking at #22 that year on the Billboard Hot 100. The tune was an amalgam of doo wop and Latin beats, and was co-written by bass Ernest Newsom and the group's manager, Willie Ewing.The group recorded further singles for Chex and American Arts but never returned to the charts, remaining archetypical one-hit wonders.

The Volumes - I Love You

i'll have to search that one out frank. thanks!