The Paradons - Diamonds And Pearls - I Want Love 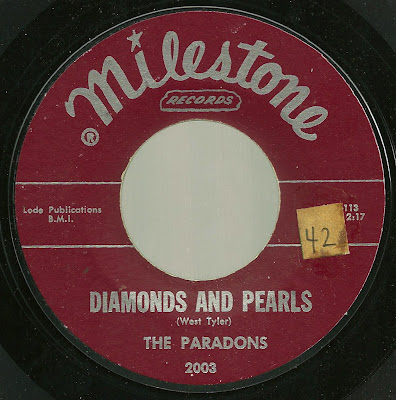 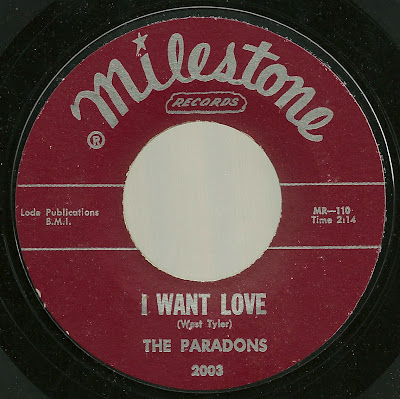 The Paradons were an American doo wop group from Bakersfield, California.

The group began by singing locally at school dances and clubs. Within a few months they secured a recording session with Milestone Records, and recorded eight songs. Their first release with the label, "Diamonds and Pearls" b/w "I Want Love", became a hit in the U.S., peaking at #27 on the Black Singles chart and #18 on the Billboard Hot 100 in 1960. The group appeared on American Bandstand and at the Apollo Theatre in the wake of its success. The group broke up shortly after over monetary disputes, having been together less than a year in total.[2] Despite the group's demise, Marathon continued releasing singles from their initial recording sessions, but these releases - "Bells Ring", "Take All of Me", and I Had a Dream" - did not chart.

Diamonds and Pearls might have been the hit, but the money is in I Want Love. A Nice Up-tempo rocker!

The Paradons - Diamonds And Pearls