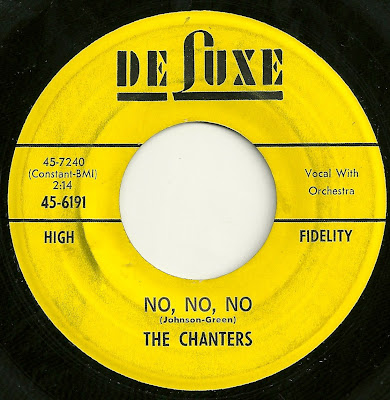 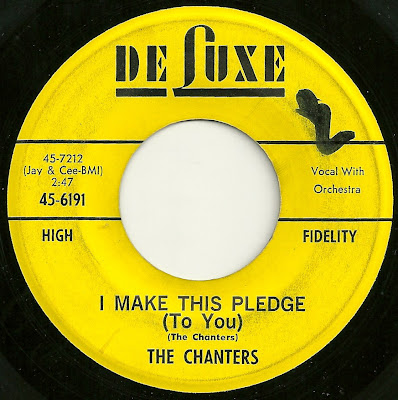 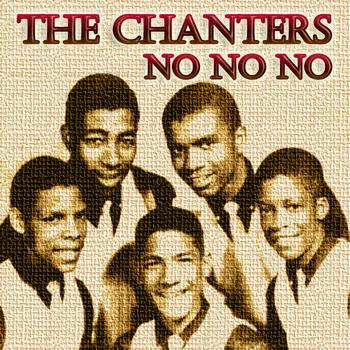 The Chanters, from Queens, NY, sounded like Frankie Lymon & the Teenagers, but the similarities ended there - the group never enjoyed any fame and had only one hit (and that occurred after they had called it quits). The members were Larry Pendergrass, Elliot Green, Fred Paige, Bud Johnson, and Bobby Thompson. Johnson's father, Bud Johnson, Sr. (who composed "Since I Fell for You" and recorded during the '40s and '50s for Decca and Mercury) tutored the group and wrote lavish arrangements for their singles. He also used his influence and contacts to get the Chanters a deal with Deluxe Records in 1958.

Their first record, the bona fide rocker "My, My Darling," languished, as did subsequent singles: "Row Your Boat," "Five Little Kisses," and "No, No, No" (as Bud Johnson & the Chanters), all released in 1958. They left Deluxe to record "For Sentimental Reasons" as the Voices Five on Craft Records in 1959, their last time in the studio, but not their last release. In 1961, Deluxe reissued "No, No, No" a second time, and this time backed it with bucks; it became the Chanters first chart record at number 41 pop, and number nine R&B. Though Deluxe released two more Chanters singles, the group had disbanded and never benefited from their hit record.

The Chanters - No No No