Nolan Strong and the Diablos - You Are 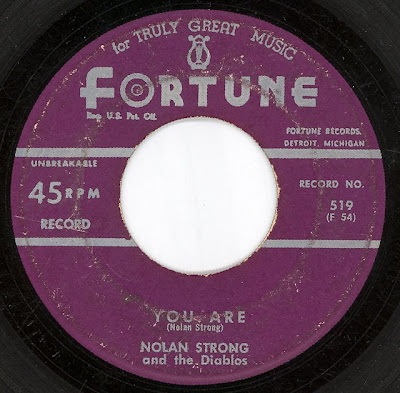 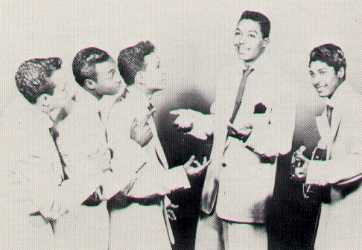 Nolan Strong & The Diablos were an R&B and doo-wop vocal group best know for its hit songs "The Wind" and "Mind Over Matter." The group recorded for Fortune Records, a small label in Detroit starting in the the 1950s.

The group formed in Detroit in 1950 and originally consisted of Strong (lead tenor), Juan Guieterriez (tenor), Willie Hunter (baritone), Quentin Eubanks (bass), and Bob "Chico" Edwards (guitar). Nolan Strong named the group the Diablos after a book he was read in high school called "El Nino Diablo." In 1954 The Diablos began recording with Fortune Records, releasing a handful of 45rpm records. By late 1956, changes were made to the Diablos line-up. Scott decided to leave the group about this time to join Hank Ballard & the Midnighters — and again the Diablos were in need of a bass. Enter Jay Johnson, who was introduced to Strong through fellow Fortune artist Andre Williams.

Nolan's career tapered off after '65, rumors of Fortune Records having him locked in a unprofitable contract is a rumored reason for his lack of recordings in the late '60s and '70s. Jimmy Strong passed away January 29, 1970, at age 34. His brother Nolan would join him on February 21, 1977, at age 43. Hunter, Edwards, and Eubanks are also deceased.

Nolan Strong and the Diablos - You Are
Posted by Devil Dick at 6:33 AM