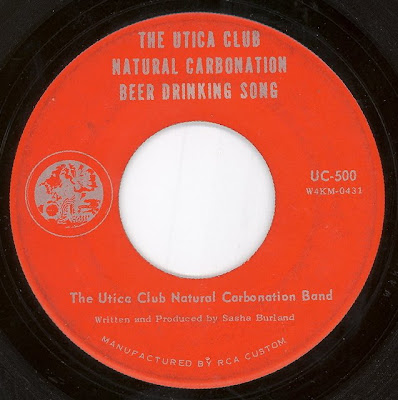 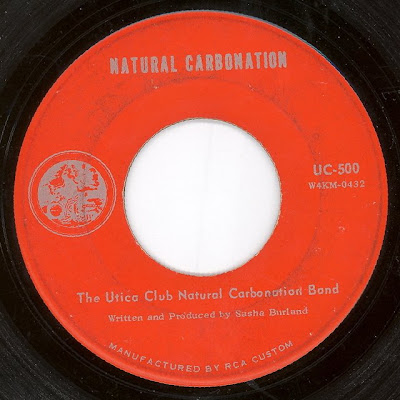 Ok, after the success of my last beer song post about Pabst Blue Ribbon here is another beer related little diddy. I'm not even sure they still make Utica Club anymore? But i drank a few when i was a young lad.

I just did a search and yep, it's still being made: here's the low down.

Utica Club is a brand of naturally-aged pilsner beer from Utica, New York. Since 1888, Utica Club has been brewed at the West End Brewing Company (today the Matt Brewing Company). It was the first beer officially sold after Prohibition.

Utica Club's most famous campaign icons were a pair of talking beer steins, Schultz and Dooley, who appeared in several popular television commercials that ran from 1959 to 1964. DDB (Doyle Dane Bernbach) copywriter David Reider created the characters and comedian Jonathan Winters supplied the voices of Schultz, Dooley, and the other beer steins that appeared in the commercials. Many Utica Club commercials depicted two characters ending the argument abruptly on ordering a Utica Club beer, leading to the jingle "It's tough to argue over a Utica Club, 'cause they put too much love into it!" 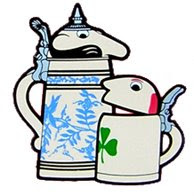 Today, Utica Club is still being manufactured, although it is a minor brand in comparison to the brewery's primary line of Saranac beers. It is, however, still a favorite among residents of the Utica area.

Anywho, back to the tunes. A nice light 60's style pop psych tune with loads of groovy organ and a cool break with delayed vox singing of course about one of my fave subjects, BEER! Written and produced by a one Sasha Burland, who had his hand in the making of the Nutty Squirrels albums.
The flip is the same tune w/ some funky horns instead of vocals that almost makes the tune a jazzy soul jam. From looking around the web i guess this originally came with a picture sleeve but i found mine sans sleeve.

The phat breakdown in the middle of the Beer Drinking Song has inspired me to get hammered...

This is a little gem! Thanks for posting.

Found this on Google search, and I'm glad I did. There was an ancient bar called the Palais Royale in Albany, NY, which was popular with young hipsters, and the owner was 90 something year old Rocky Nigro. Rocky hadn't updated the 45s in the jukebox since the 1960s, and one of the well worn scratchy gems was the Utica Club song. It would get stuck in my head like a tumor, and I never thought I'd ever be able to find a copy. I'll listen and raise a can of UC to the late Rocky. Thanks!

Im going to school here right now and cannot even find the original source of where i got the mp3! But i'm glad i did. I cannot believe this is the same company that makes saranac. I've beem told that utica club is aweful, but I know that saranac is amaazing, so idk what to think anymore, but this songis amazing.. ues i am drunk but not on utica club, rochester genesee beer.

found an original unplayed copy in an old box of beer memorabilia i had stashed in my mom's garage years ago and forgot about. Don't have a way to play it but thanks to the internet found it on youtube and your wonderful blog. Thanks for posting. Now i have to go through all the other music on your blog - great stuff.