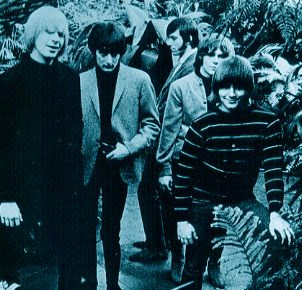 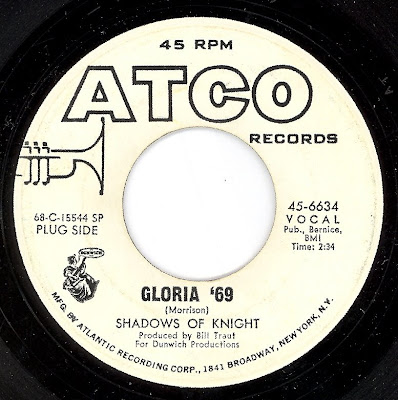 "The Stones, Animals and Yardbirds took the Chicago Blues and gave it an English interpretation. We've taken the English version of the Blues and re-added a Chicago touch." The Shadows of Knight's self-description was fairly accurate. Although this mid-'60s garage band from the Windy City did not match the excellence of either their British or African-American idols, the teen energy of their recordings remains enjoyable, if not overwhelmingly original. The group took a tamer version of Them's classic "Gloria" into the American Top Ten in 1966.

Trying to strike gold again in 1969 here's a kewl reworking of the Van Morrison penned Gloria. I can't be 100% positive because i didn't play them back to back but this reworking kinda sounds like the same exact cut with some very heavy and distorted guitar overdubbed on to the track??? Which is A-OK w/ the devil. We happen to dig them Gee-tars 'round these parts of hell.

So have a lil' bit o' fuzz for breakfast:

p.s. i really am growing a wizard beard...

I used to own this before the big purge of 1993 (when I had to ditch over 150,00+ records in a month...you don't want to know).
As I remember, it had a bit of the Iron Butterfly 'In-A-Gadda-Da-Vida' riff in it (or was it 'Sunshine of Your Love'?) I just downloaded it (thanks) and I'll give it a listen then come back and let you know.

Could you please please reup this? !!! The link is there but the file seems defunct.