Screamin' Jay Hawkins - Alligator Wine - There's Something Wrong With You 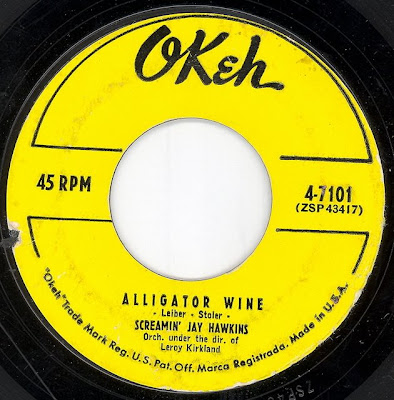 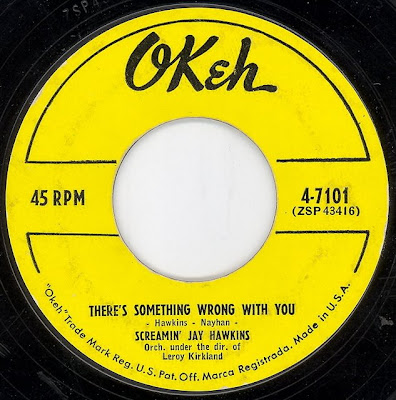 Here's a little something i just picked up last week at a record store near my work.

Me and the Red Boy went on over at lunch time and dug through the LP's and as we were running out of time and had to start getting back we decided to pay up and a get a moving back to the old slave grind. So as were walking up to the counter to pay we notice a few new boxes of 45's sitting on the counter and we just kinda looked at them and good old Red Boys says something to effect of "We don't have time" to which i reply "i know" as i say that i just randomly pull out a 45 in the middle of the box and turn and show him this little gem and then i say "maybe we should look?"

There are a few clicks in pops in this classic 45 but hey, for 99 cents I aint complaining....

damn fuckers aren't even kewl enuff to get in to Can-a-duh...

I like to think we were too cool for 'Canadia'

remind me to tell you all about the knife fight between screamin jay and esquerita should we ever meet in person..it happened in nyc in the early 1980's...esquerita won...

maybe oen day i'll make a visit to your watering hole in NY and if yer around spread the knlowledge, i'd love to hear that one!