The Raw Meat - Funky Humpback - Run For Your Life 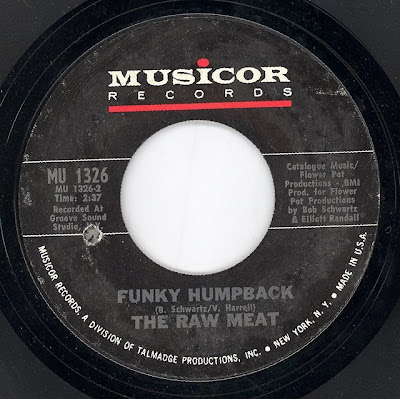 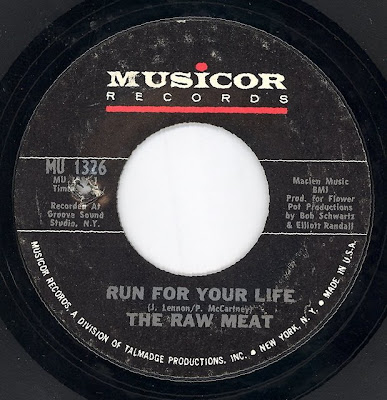 The Raw Meat, a band that fused jazz with rock and had Jimmy Mack on guitar as a member. The Raw Meat played for an extended period at the Cheetah at 310 West Fifty-second Street in New York City and released this 45 titled "Funky Hump Back" on the Musicor label.

Unfortunately, the band broke up weeks before a promised appearance on The Ed Sullivan show so they never achieved what Blood Sweat and Tears and Chicago accomplished with the same sound.