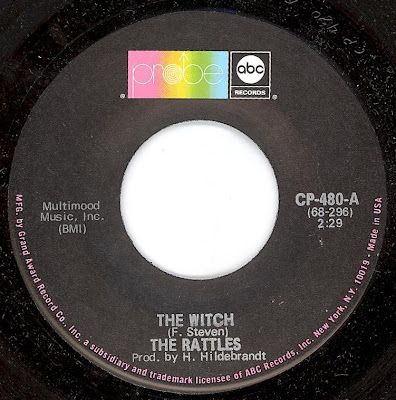 Yeah love this track - and the album's pretty good too.

Single version is better than both the video versions. What year was the single?

Hey great track, videos are great for there time. Here's another track called The Witch by a German band Adam & Eve. It's heavier and spookier. I think you'll like it.

I love this and when I saw the first video for The Witch, I thought wow, that really nails the time and place. I honestly thought it was a guy with a high-pitched voice.

I lived in Germany for a while in the '80s and '90s and that's where I first heard of the Rattles (and the Monks etc).

So, I come to find out the original version WAS a guy, and Edna did the second one.