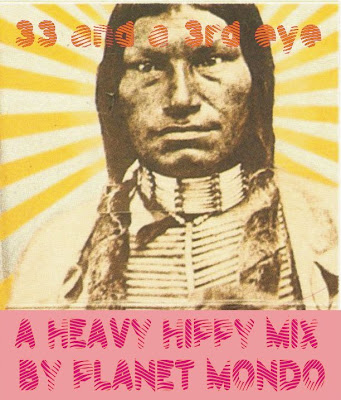 PS There's a couple of cuts that didn't quite make the final edit on today's Funky Friday posting - should you fancy getting the full set...
Posted by Devil Dick at 12:02 AM

Great great mix! Getting the LOUD treatment in my kitchen right now as I make breakfast!

Gotta go, the neighbours are banging on the walls!!

Wow! This is awesome. I'm really digging listening to these tunes on this Friday morning. Cheers!

Thanks chaps - don't forget to check the outtakes on the PM blog..

Including a heavy-hitting mystery artist

Looks scrumptious :)I'm gonna dive right in... Kudos to you and the Devil for the hookup...

hit me up w/ that mix when ever you want brother of rock!!!

Great mix, but what's the secret track between "That's The Life" (The Good Earth) and "Fire" (Pegasus)?

Anon - whoops, forgot to crack that one in the track list its actually..

I just listened to this and WOW!! It's like turning the radio on and finding an underground radio station circa 1970. Great complilation. Do you have more like this?

Thank you very much!

annie o,
if u click the "mix" link in the labels section at the bottom of the post there are a few more similar "mixes"...

...please where can I buy a unicorn?