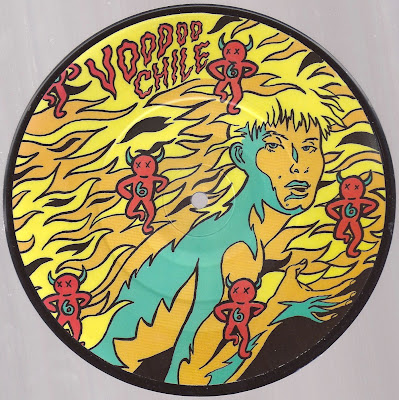 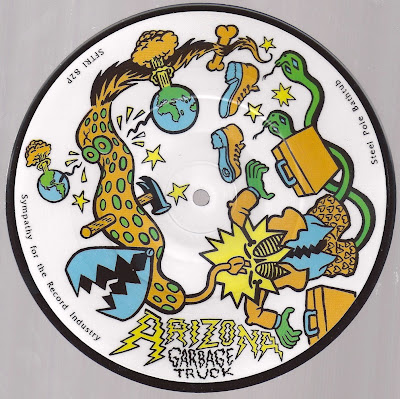 Steel Pole Bathtub w/ a great noisy take on the Hendrix classic and an equally noisy flip. I always liked these guys w/ their wild brand of post punk grungy psychedlic rock and samples galore. I was lucky enough to catch them here on the East Coast back around the time Lurch came out. Still even have my Lurch T-shirt.... Although it seems to have gotten smaller over time..... I still need a copy of Tulip on vinyl. Anyone? 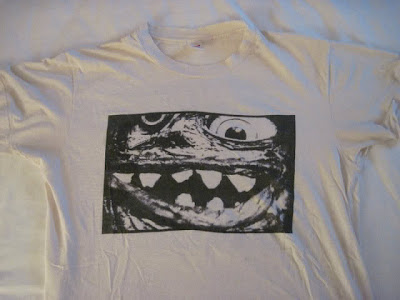 In the meantime, here is the Steel Pole Bathtub Wiki:

Morasky and Flattum moved the band to Seattle, Washington where Darren Mor-X (drums) joined the band, before they all moved to San Francisco, California.[when?] The band became known for their chaotic, noisy style and frequent use of television and movie samples, with several 7" singles and albums on Boner Records, before being signed to Slash Records and releasing their major label debut in 1995. Their signing to Slash was part of a mid-1990s free-for-all signing bonanza of alternative rock bands, particularly bands from the Northwestern United States in the wake of the surprising commercial success Geffen Records had with Nirvana, many of which ended in creative and ownership conflicts. Steel Pole Bath Tub and Slash's relationship was no different. The only album they ever released on Slash contained very few samples, which had previously been a staple of the band, at the insistence of Slash's legal department. The band hoped their second album for Slash would be a cover of The Cars' first album in its entirety, but the label would not allow that idea and then deemed the demos the band submitted (which contained three Cars covers) unlistenable and refused to release them. The band wouldn't release any more significant material until the rights to the music they recorded for Slash would revert to them 2002. In 2002, the band released those recordings as the album "Unlistenable", the title a play on a Slash executives comments on the material and reformed to play the Beyond the Pale festival at the DNA Lounge in San Francisco in November 2002, where they co-headlined with Neurosis and Tarantula Hawk.[1] They reunited to play a show at the Doug Fir Lounge in Portland, Oregon on September 4, 2008 as a part of MusicFestNW.
The group's song "Train to Miami," from the album The Miracle of Sound in Motion, was featured in a November 2008 television ad for the PC and Xbox 360 game, Left 4 Dead.[2] Mike Morasky is also responsible for writing and performing the songs by the fictional band Midnight Riders in the game's sequel, Left 4 Dead 2.
‎
Darren Mor-X
Side projects

The band joined with Jello Biafra to form the group Tumor Circus, releasing a self-titled album in 1991.
Milk Cult, with Morasky and Flattum (and sound man Eric Holland) using the names The Bumblebee and C.C. Nova, released 4 albums between 1992 and 2000. Their last album, Project M13, was the result of an invitation from the French Government to be guests of the La Friche Art Collective in Marseille.[3]
‎

steelpolebathtub are another one of my all time faves!