Pure Hell - These Boots Are Made For Walking - No Rules 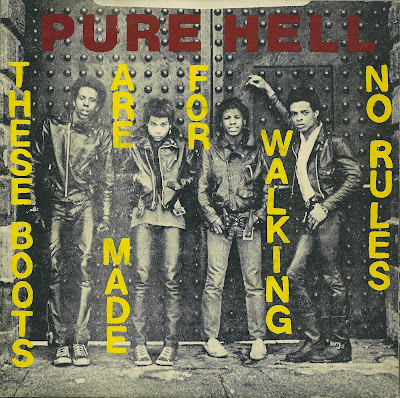 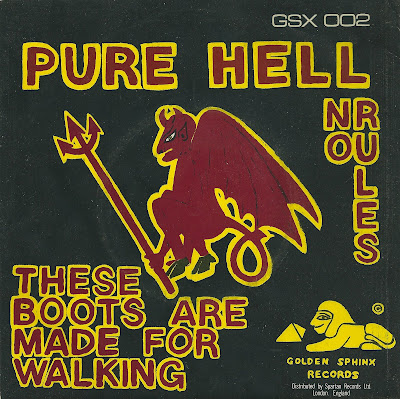 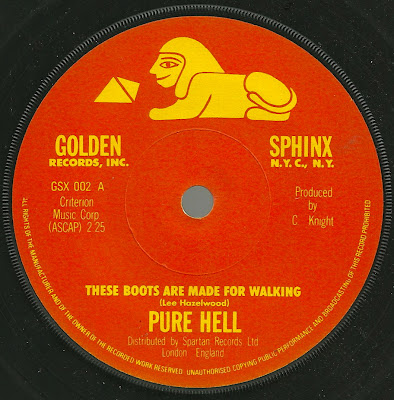 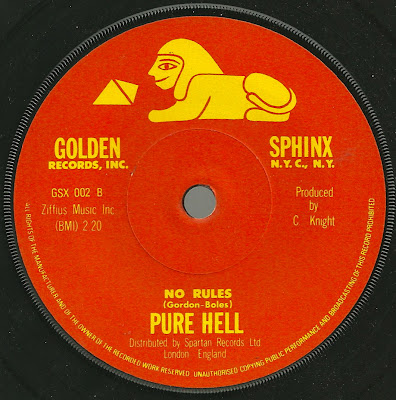 Today i give you the 1st all black punk band Pure Hell:

Established in Philadelphia in 1974, during the flashpoint of the punk culture in New York City, London and Los Angeles. Pure Hell was the first all-Black punk band.

Amid the pioneers of the post garage, acid rock, glam-theatre era of the late 60's/early 70's, Pure Hell are considered one of the first of their kind, comparable to the Sex Pistols, Dead Boys, The Germs. Commercially, the band had little success, and only released this one single. There was an album recorded that was never released but it has since seen the light of day now.

oh yeah, this was produced by Curtis Knight!

Pure Hell - These Boots Are Made For Walking

Death was around in 1971. They were black. And punk. Way punk. And wrote original pieces...

Love your blog, but historical accuracy, no?

i know death and they were sorta punky... and early, no doubt they had a few bad brains-ish moments but def more rock than the snot of NO RULES.... and Army jackets over Leather suits....? either way, thanks for checking in!

They are still around, touring. See: http://www.purehellband.com/

And you can buy their album, Noise Addition, on Amazon!

noise addiction is the lost album that finally saw the light of day and it does kick ass! and yep, i just saw them a few months ago and it was great!

and don't get me wrong I LOVE that death album i just think death were kinda punk by accident while pure hell fully knew what they were.

Wow! That B-side is fantastic. Thanks for sharing.

This may be my new favorite band. Thanks to DD & Anonymous for the info.

nice one, i love it!

What do you mean?

what do YOU mean?

Heard them quite recently on Cherry Blossom Clinic on WFMU. Good stuff.
We've got a new podcast available today with all sorts of goodies on offer. Check it people: http://polyvinylcraftsmen.blogspot.com/2011/07/transmission-17.html

Wow, this is actually pretty fuckin great! I linked this on my facebook page, hope you don't mind (and if you do please say so)

Fantastic, thanks for introducing me to them.

I was looking at this jacket today after playing the mp3 recently.
Was trying to get the date of this release to add to my mp3 info -would you guess 1975? I didn't see a date on the label or jacket.
Curious on this date/time and where my listening tastes were at the time.
1975 was kind of my Savoy Browne days as I was 17 and going to my early rock shows.