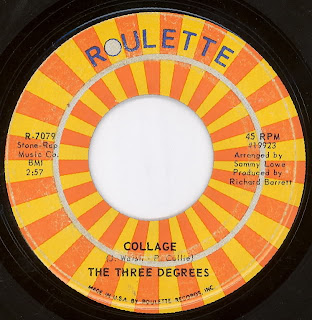 Three Degrees - Collage
Posted by Devil Dick at 7:51 AM

Hey Devil Dick... Been a while. This is a cool version of the Joe Walsh song done by the James Gang. Now, if you really want to hear something that will depress the shit outta ya, give that version a listen. As usual, expect the unusual at the Devils Music.... Good writin' too.
MikelJ