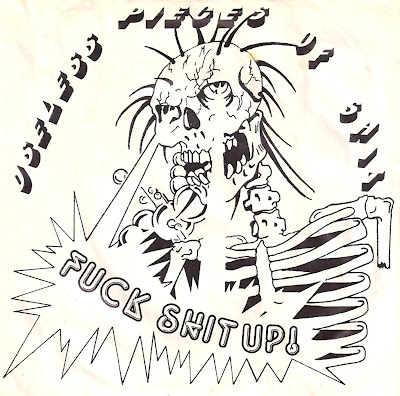 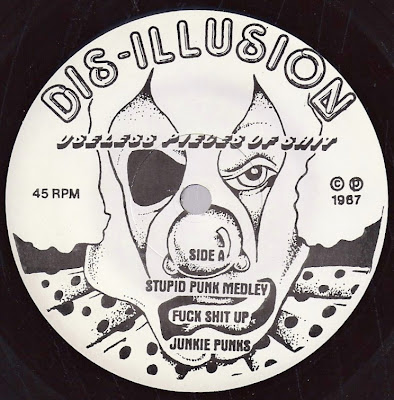 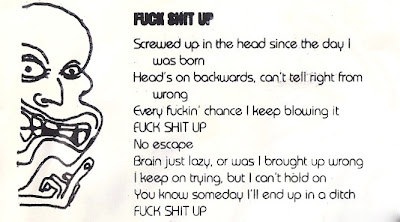 I used to have this record! One of my few regrets in life was unloading a ton of punk and metal records about 15 years ago. I made a lot of money at the time, but once in a while i stumble on of something like this and wish i never sold it...
I don't really remember the music on this one, i just know the cover. I'm looking forward to 'hearing it again for the first time.'

I love the dancing.
A naive version of the mosh.
Reminds me of under patroned pissed up nights at various non Top 40 establishments for those in need.
It it shows 'the kids' up for a bit argery bargey but without the
uncompromising all in of the 'circle'.
This was a moment in time.

Saw UPS open for Agnostic Front in Pittsburgh circa 1987. This doesn't look like the same lineup at all (took a bunch of pictures). Man we never had chicks that hot at shows here.

Thanks for all of your comments!
Check out a lot more useless stuff at: http://www.UselessPiecesofShit.com http://www.DisillusionMusicLabel.com
Also check us out on FaceBook:
Useless Pieces of Shit (Official)
or DIsillusion Music Label