The Harp-Tones - Sunday Kind Of Love & The G-Cleffs - Ka-Ding Dong & A small story: (Does anyone really care obout this stuff anymore?) 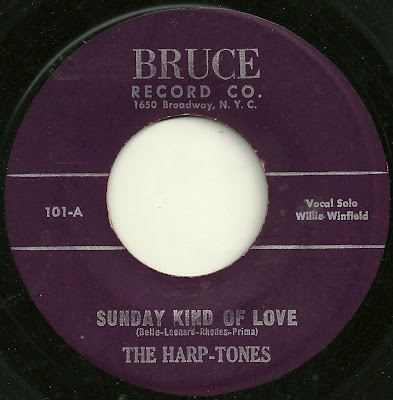 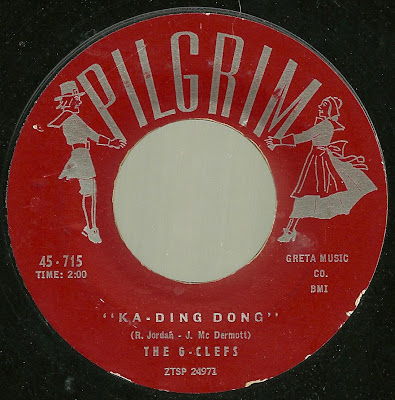 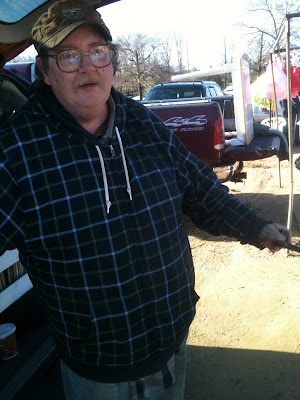 Most record guys are dicks: This is NOT one of them....


I just picked these 2 records up yesterday @ the local flea market. I bought them off of a guy i have been buying records off of for a few years now. Nothing major, but i always buy a few cheap 45's off him. These were only a few bucks each as most of his records are. He is a nice guy. A little older and is always jamming oldies out of a boom box in the back of his van. We always talk a little bit about this and that and of course records & music, but yesterday was a bit different. He was talking about how he was thankful the weather is getting nicer and he was thinking of moving his operation. (he sells at different markets around town) And we got the talking about "The Spot". Now the spot is a place i have been buying records at for a lot longer than most and i used to go every weekend without fail for years and years. But the spot isn't the same since "Old Man Mike" died. I talked about Old Man Mike a way back and how i have been buying records off him since the 80's. Well since his passing there has been a whole lot of crazy shit that has gone on with his record collection and his family and people getting at his records and what not but that is a different story... SO ANYWAY... I knew that he knew old man Mike but did not know if they were friends or not. You see there is A LOT of competition in the world of record collecting and selling. Most of these old cats that sell out at the markets make their living off of doing this shit so its a dog eat dog world in the land of flea market record buying and selling. And most of the guys would stab their own Mother in the back to get at a box of records FIRST! But this guys isn't like that at all, he is mellow and i have always liked him, after all we both have the same first name, but once we got talking about Mike and i found out he had nothing but nice things to say about the old man and he was telling stories about how Mike helped him out of a few tight spots my affection for the guy grew even more. So after an hour or so of telling some stories about the record folks we like and dislike i paid my small few for a few moldy old records and went home thinking about Mike and all the other record freaks and all unscrupulous shit that goes on out there amongst these assholes and thought what a waste of time. I collect records for the fun of it and because i love music. I don't make money doing this, i SPEND money. And then i thought to myself, man, you sure do have a lot of records. And who gives a shit. I mean does anyone really care about two 45's from 1956 in this day and age? and why all the hub bub? People treat these records like objects and lose sight of the real reason that they even exist, to be listened too! I guess for some people this is business and i know i am a small fish in a big pond when it comes to records but i have a fairly large collection but i am a bottom feeder. I don't have deep pockets. But i have some decent stuff most of which i have come across by hours and hours of digging and hitting thrift stores & markets at 6 AM. i just hope that when i croak my family can make a few bucks off my vinyl and keep the asshole record collectors away from my shit!

So anyway, here are 2 records you may or may not give a rats ass about. In the big scheme of things this shit matters not, but enjoy anyway... ( or not)

oh, and if you see "Tommy" above, buy something off him and tell him the devil sent ya....


The Harp-Tones - Sunday Kind Of Love

I was never much of a collector. I lived in a small town. It was hard to hear interesting music. I just decided that it was up to me to track down the good stuff and make it available to whoever wanted to hear it. When I moved back to the big city I kind of lost interest in collecting and eventually sold all of my vinyl. I broke my collection up into a few different categories and took them to dealers who specialized in each category. Jeff Bale from Maximum Rock and Roll really liked my punk stuff. He called it a "major collection" and paid me a pretty good price. That was nice but my favorite was the guy who owned Village Music in Mill Valley, California. I brought him my roots stuff. Country, soul, RnB and blues. I couldn't afford and didn't want to have originals of most of that stuff. My collection was reissues and compilations and that sort of thing. He recognized it for what it was, a listening collection, and praised it highly. As he was going through the boxes he didn't ooh and ahh but he grunted and said things like, "You've got this. Very good." When he got done he said, "This is a fine collection of important songs", and he bought almost everything I'd brought in. The he said, "Here, listen to this," and put on "One Woman Man" by George Jones. We stood there and listened to the song. When it was over he smiled, shook his head and said, "George. Damn George. Well, if you ever go back to vinyl, you know where to find me." Somehow it made all the years and effort involved in collecting worth while.

It's a great story with some wonderful tunes. Thanks for helping us stay focused on the music and keep up the good work.

If it helps then I care more than a rat's arse about all of this. And two 45's from 1956 are worth everything in the world as long as someone cares. Nothing in my life has ever equalled the thrill of buying 45s. I was lucky enough to be English and sixteen in 1976/1977 and for me that was an incredible time. Taking home Marquee Moon on the first 12" (and only one that ever warranted 12") is perhaps my happiest ever memory.

Devil, Not only do I enjoy vocal group harmony and the back story of the groups, but I truly enjoyed your story of this vendor. I too cannot stand that guys that would trample you and their own mother to have that one record or even worse, that vendor who has all the goodies and a huge ego but never seems to have been able to find a girlfriend.

Yes, yes, yes - we care! Your vendor story kind of renews the faith, doesn't it? I used to have some vinyl but then along came a tornado...ah well. One record I have left is Rainbow by Russ Hamilton...I think I'll go put it on.

I may not post frequently, but I love the music & your comments. Keep posting!

I love this stuff!
Thanks

Great story, Dick, and yes, I give a rat's ass!

I was in a used record store in Philly a while back, before the internet. Some guy brought in about 75 albums, mostly British rock from the sixties. The first guy flipped through, then called the owner to come in and make the deal. When he arrived, the first guy went to the back room for a few minutes. I decided to stay in the front area and watch as I flipped through the LP's. The owner offered $150 and the deal was done. After the gentleman left, the first guy says to the owner "That Furry Lewis album lists for $400 in The Book". Ouch. I didn't buy much there after that.

oh man, that is exaactly what i am talking about.... ugh.

jerry lee, since i am in philly these days do remember the store (if its even still there?) so i can make sure not to visit....

Thanks for the post and to the subsequent comments. I feel like it's okay to reap a little profit (I buy and sell vintage stuff) by knowing a little more - but not quadruple profit off a poor chump selling his whole record collection. Those practices will take them down in the end. That attitude seeps into the store and people notice.

It was Philadelphia Record Exchange, I'm sure you've been there. I'm with you, Jannell.

It was at least 10 years ago, so I'll give them the benefit of the doubt, and hope that there's been some staff turnover since then, and perhaps the second fellow wasn't the owner.... Maybe I should make a return visit and see if anyone looks familiar.

I hope you're listening to The Geator and Ben Vaughn on WXPN Saturdays. See you at John's Roast Pork!

Hey Devil Dick, Just wanted to say Love the Blog. I've been following for the past coupla years and do not leave posts(I know, my bad), but decided to let you know I enjoy it very much. Also don't let those collector scum get ya down, karma will bite em in the ass in the end! Been collecting since I was a kid, and am lucky enough to have a great store 15 min away! been buying from him for 30 years!! watched him go from all lp's to almost all cd's and back to prolly 75 % lp's, crazy. anywho lots of us out here do care, so keep up the great blog work!
p.s. I have that G-Clefs 7'', I inhereted it from dad R.I.P.

hey thanks all for the words. i really do appreciate it!

and Mike your Dad obviously had good taste... R.I.P.

hey, i get it. some folks have to make a living. but its the way some of you go about it...

That's why thousands of recording artists were ripped off by record companies, managers, etc., and never saw the money that was rightfully theirs.

At least some people try to help:
http://www.rhythm-n-blues.org/index.php