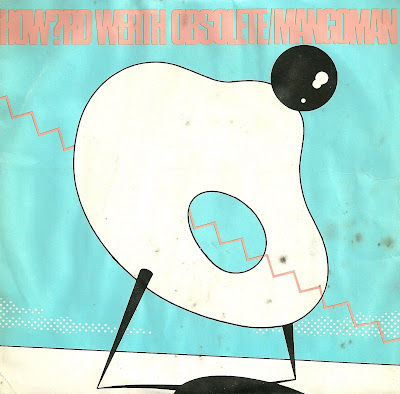 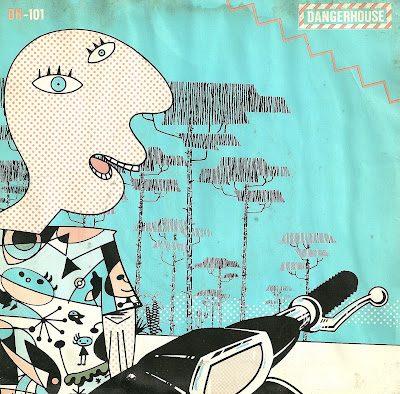 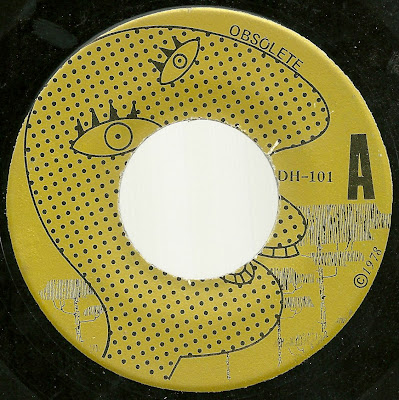 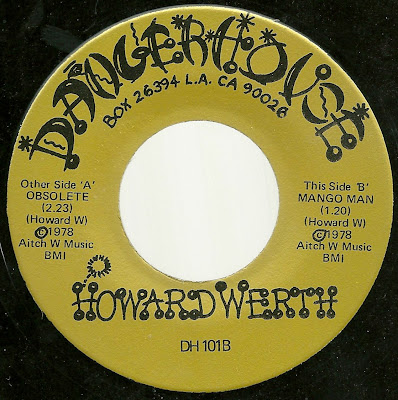 Yes this record as seen better days... the cover is a little beat up and the vinyl a few clicks but i just found this at a garage sale and only for a buck. These Dangerhouse singles don't turn up so often in the wild so for one dollar this was a bargin, water stained cover and all. ok, so it's not the dils, weirdos, bags or avengers but still.... it was only a dollar! anyway, obsolete really is a great guitar driven punky ROCK song. And that makes sense since Mr. Werth was a one time member of Audience, who were cult British art rock band which existed between 1969 and 1972.

Howard Werth - Mango Man
Posted by Devil Dick at 12:11 AM

He was also apparently one of the (many) people under consideration to replace Jim Morrison in the Doors...

i did not know that!
thnx!

Audience were vastly underrated and undervalued. House on The Hill is essential... thanks very much for this!

u are very welcome!

I agree with Anonymous, Audience was an excellent band. Sounds like Howard got caught up in the New Wave. Thx dick.

I play guitar for Howard Werth in UK. Still writing and performing...a huge talent. He did rehearse with The Doors after Jim Morrison's death. Went on to work with Ray Manzarek.
Check out Howard on www.luminousmusic.co.uk and www.rhythmofblues.com

wow, thanks for dropping in moonbeam! i will check out ur links!
cheers!
dd

Groovy message with the links!

I had never heard this and I
think the Obsolete track is terrific.

Thanks for this one Prof. Richard