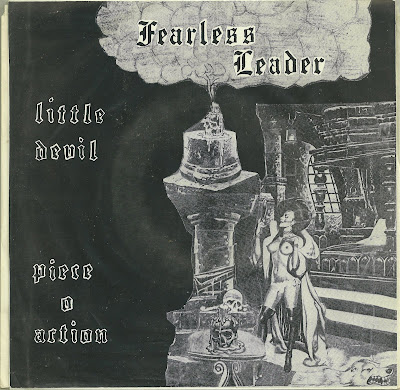 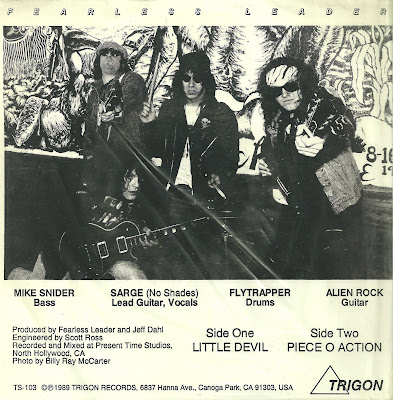 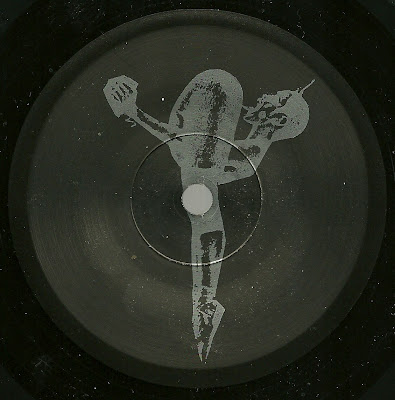 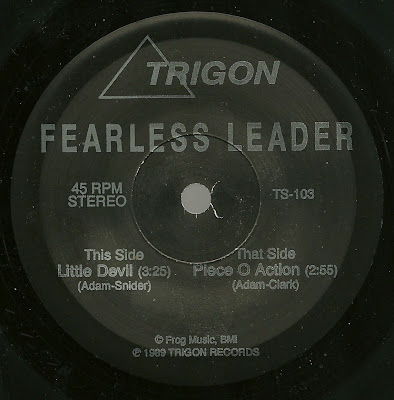 Some good stuff came out in the late 80's contrary to popular beleif. Here is Fearless Leader from 1989 w/ 2 great SLEAZY Glammy Stooges/MC5/Detroit influenced guitar rockers. I mean just look at these scum bags on the back. It SCREAMS ROCK AND ROLL!!! Sorta like "The Fluid" but more WILD!

I don't know much about these guys but this record was recorded by one time Vox Pop/Angry Samoan Jeff Dahl. Cool.

Just a heads up from a faithful reader and listener. It's deja vu all over again. Piece O' Action links to Pasquale and Luigi - Italian Martians.mp3

I personally know Alien Rock [guitar]and I'm proud to announce that Fearless Leader have a new album coming out very soon I believe it's on Steel Cage records.I've heard the demos and I can't stress to you how totally amazing the new material is.Your ears will have a orgasm of rock'n'roll delight believe this!!!

well aint that somethin!?!! i'll have to keep my eyes open for that! thanks brandonio!