The Human Instinct - Death of the Seaside 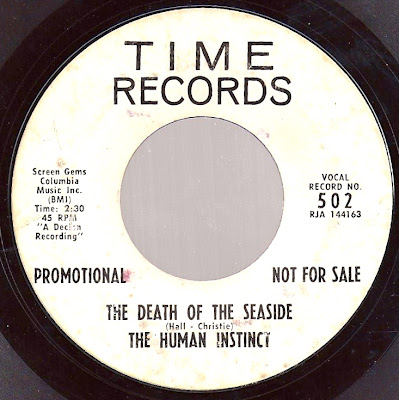 The Human Instinct are a New Zealand blues rock band that has been active since the late 1960s. The band currently consists of Maurice Greer (lead vocals and stand-up drummer), Phil Pritchard (guitar), Joel Haines (guitar) and Tony Baird (bass). The band has had more than 25 members and has changed lineups several times since its formation under the leadership of Maurice Greer.

The band is best known for their single "Black Sally" and their album Stoned Guitar, which features the Jimi Hendrix-inspired guitar work of Billy Te Kahika, professionally known as Billy TK.

This is a much more pop/psych style then the heavier stoned guitar....

The Human Instinct - Death of the Seaside
Posted by Devil Dick at 12:23 AM