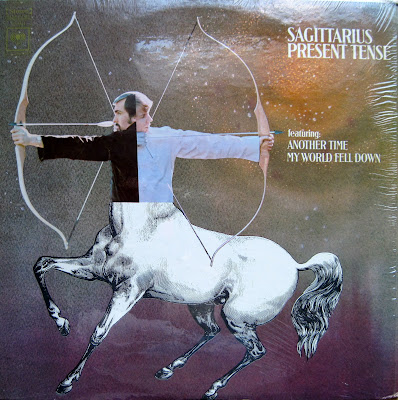 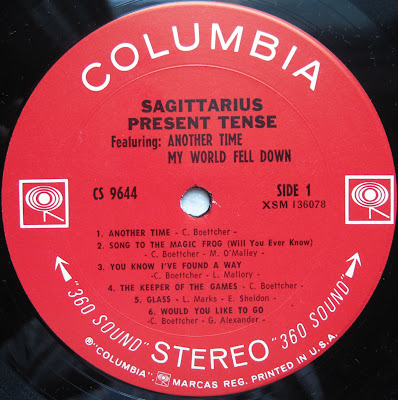 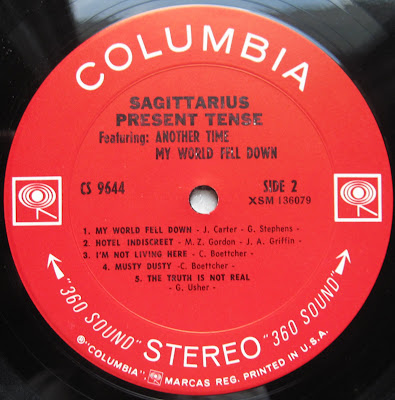 Present Tense is the first Sagittarius album, released in 1968 by Columbia Records. Though the record was basically a Gary Usher solo project, he enlisted many top LA session musicians, and heavily utilized Curt Boettcher as a songwriter, musician, vocalist, and producer (even going so far as to include two tracks that Boettcher had produced on his own as the leader of the group The Ballroom). The album also contains the recording "My World Fell Down", which had no Boettcher involvement, albeit the LP version was edited, with the musique concrète bridge from the single version being excised (though a few extra bars of music were added in between the first and second verses).

Sagittarius - Present Tense
Posted by Devil Dick at 4:33 AM