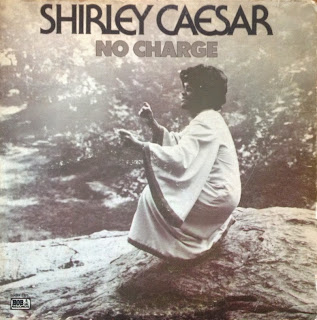 I'm not the biggest gospel fan in the world but i just picked this album up on the cheap and this track rocks in a funky, soulful & rocking sort of way. It would have really been great if there was killer fuzz solo in the middle or end. Still pretty cool. Sounds like something Tina Turner or Merry Clayton would have done.

Shirley Caeser - Stand The Storm
Posted by Devil Dick at 12:02 AM

Love this. thanks for sharing. I only know her name; & would not have predicted this to be what it is! For me it's great classic pop/soul.

Dan, This is by far the best cut on the lp (imho) as the rest is def much more on teh gospel tip while this is sorta rockin'/funky/soul. Glad you enjoyed!
dd