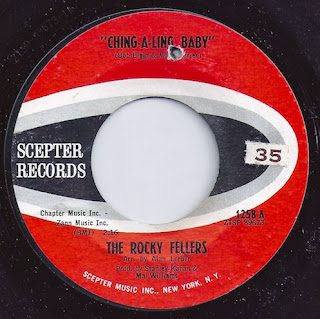 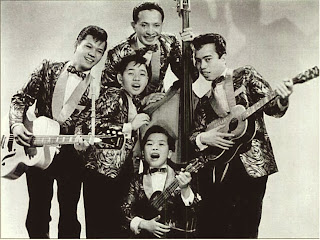 Stanley Kahn discovered The Rocky Fellers, a pop/rock band in the 1960s, and signed them to Scepter Records. The group was composed of four Filipino brothers: Tony, Junior, Eddie, and Albert Maligmat, and their father, Doroteo "Moro" Maligmat. They had a hit single called "Killer Joe", written by Bert Russell and Bob Elgin in 1963. The song was inspired by famed dance instructor and "King of the Discotheque," Killer Joe Piro. It has many similarities to the chorus of the Mickey and Sylvia hit, "Love is Strange."

"Killer Joe" reached No. 16 on the Billboard Hot 100 in April 1963. They followed up with another Bob Elgin song called "Like the Big Guys Do". Among their other recordings was a Christmas novelty song, "Santa, Santa", written by a then-unknown songwriter, Neil Diamond. The Rocky Fellers also recorded another Neil Diamond song, "We Got Love" which is available on their LP, Killer Joe from 1963. The Rocky Fellers faded quickly from the music scene in the mid-1960s, due primarily to the arriving British Invasion bands.

This is none of the songs mentioned above....

The Rocky Fellers - Ching-A-Ling Baby
Posted by Devil Dick at 9:11 AM

Have the record somewhere, but I also vaguely recall Little Jimmy Osmond having a single called Killer Joe, possibly a cover of the same song. And for all I know, maybe his only single?