The Mark IV - (Make With) The Shake 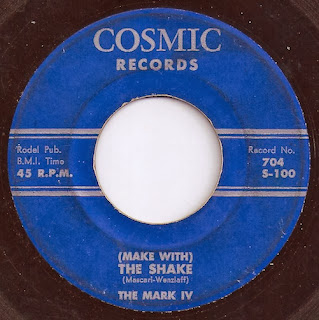 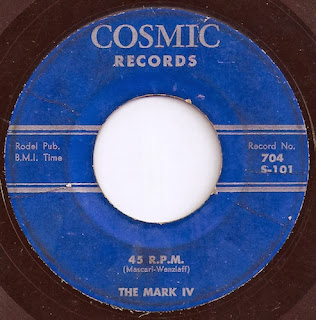 The Mark IV on Cosmic records from 1958.

The Mark IV - (Make With) The Shake

This was reissued in the early 80's on Mr. C (Northampton, UK) on 45 I remember it filling the dance floors with Teddyboys & Teddygirls jiving away.

Yes Tedd & Rockabillys where still alive then & are still alive today in 2013 no matter what the stupid media make out. Real rebels listen to real music not the computor generated crap the press make out is cool.

most awesome on both accounts. i'm gonna link up ur blog Delinquent. and i am going to have to track down a copy of "Time Funnel"....! Thats tunes is great!

Has anyone noticed that both songs are basically "At The Hop" ? I can pick out things like that now, but not when I was younger and buying records like this. I can't count how many times I've bought "Louie Louie" rip-offs without realizing it until decades later.