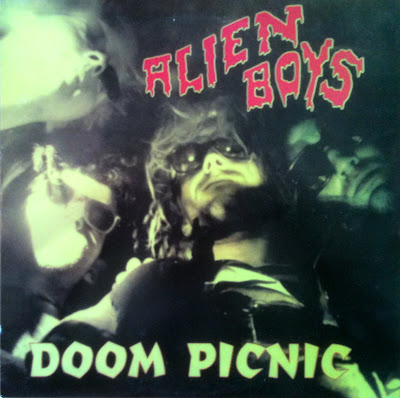 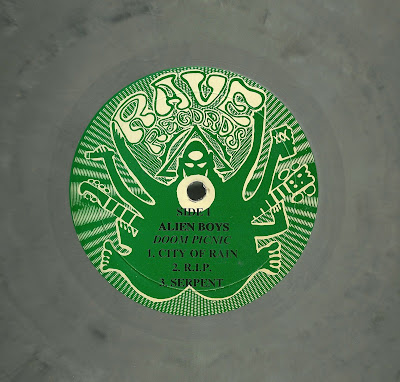 Sending this one out to my lady friend who by the way is about thee most awesome lady in the world. So much so that on October 7th 2011 the devil will no longer be single! (sorry ladies) The devil aka the clown, is marrying the lady! So i am sending this out to her because she turned me on to this band. I just picked this up for her because i know she liked these guys and thi sis right up her alley. This is from rave records from 1992, even though the wiki entry says 1991, and on groovey grey marbled vinyl.

Named for a Wipers song, Germany's Alien Boys were one of the first European grunge bands. The group formed in the late '80s and released their debut album, Seeds of Decay, in 1990, their follow-up, Doom Picnic, arrived the following year and was produced by grunge pioneer Jack Endino. The group released a third album, Necropolis , and toured extensively, but broke up in 1994.

Even though they're a ways off, congrats on the pending nuptials!