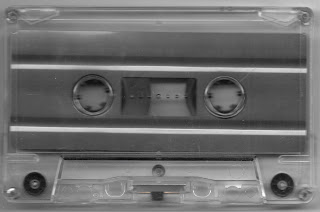 Still digging through tapes. This one sounds familiar like this is an unfinished tape that SHOULD have vocals but was passed around pre-vox added? The sound is very NJ in the 90's. Like i'm sure who ever this is played with Ripping Corpse, Times Up, Human Remains, maybe Dead Guy or Dirge too!? and all that other metal crossover stuff that was going on at The Fastlane in Asbury Park at the time.... Anyone know who this is?!?!?!???? ==== EDIT: It's been determined that this in FACT the band Dirge from N.J. without vocals! Unknown Instrumental Metal Band - Demo Tape
Posted by Devil Dick at 11:01 AM