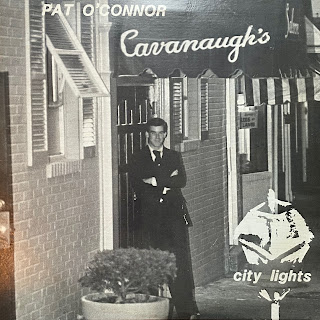 Don't let Pat's suit and tie and short hair fool you. This dude should have been on yacht in southern California with a silk shirt opened to the bottom, chest hair flying in the wind with a silver coke spoon around his neck. Or hanging out in a dive bar on Long Island with Billy Joel in the 70's... === I almost passed on this in my local thrift by the looks of the cover. It had to be another bad lounge cover song record right? But i took a look at the back and saw that Pat wrote all the songs and at least one track has lead guitar. Then i saw it was recorded in Philly and he sings about Clancy's bar. I'm sure there is more than one in Philly area but i used to live right across the street from Clancy's so i bought it. It's surprisingly pretty awesome. ==== I'm not sure who broke Pat's heart, but someone did and here he is singing all about it, and pouring that broken little heart out. Songs are well put together soft rock. Tons of flanger and chorus all over the place and nice Fender Rhodes. Pat must have been listing to The Eagles and lots of Billy Joel. === I've listen to this 3 times now and i like it better each time. A local Philly gem. I wonder what ever happened to Patty boy??? === Pat O'Connor - City Lights
Posted by Devil Dick at 7:35 AM