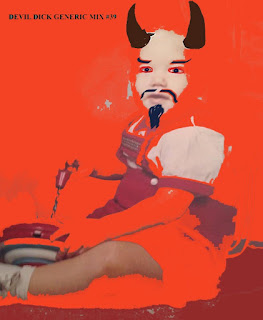 I tried 8 times but Mediafire will not let me DL the file.

Hello,
Systematically, even after several repetitions :
Permission Denied.
"Will I Ever Climb The Mountain" by Blue Planet may be available for download from Amazon.
Can You do something ?
Regards and Thanks

I thank you for putting the effort into another Mix! It does look however, that the download link is denied due to Blue Planet - will i ever climb the mountain. Bad for the link, but good to know at least the name and band of one of the tunes! I checked it on youtube and it is a good choice tune.

Thanks again and i'll ck back later

Clicking the download link brings up one fake Flash download page after another.
The Amazon link goes to a page of several "Golden Years Of Dutch Pop Music" comps.

"What in the actual fuck" is right! Nice artwork, though.

try now guys! i had to clip a song off of the mix and put it in zippshare
Cheers!
DD

It worked!! Thanks again DD!

Thanks a lot, it is OK now

Wow that was odd. I just wrote an really long comment but after I clicked
submit my comment didn't show up. Grrrr... well I'm not writing all that over again. Anyways, just wanted to say wonderful blog!

Hey Dick-
Another great mix, thanks! I actually know one song- "Roll Derby Star" by Copperhead, starting around the 23:30 mark! John Cippolina, formerly of Quicksilver Messenger Service, is on lead guitar. I had the LP but sold it years ago when I was moving. I remember it had a cover photo of a hot babe with a snake. That's the only song I remember from the album.

FYI- I commented a little while ago, but it didn't go through. Not sure what happened.