The Upsetters - Rolling On 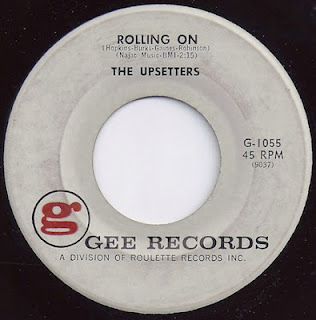 A little rolling rocker from the The Upsetters, who were at one time the backing band for Little Richard. This cut is from 1960 on the Gee label. I've read that Jimi Hendrix was a one time member of this group as well? Any info on that would be great.

The Upsetters - Rolling On

Thanks new to me. Nice one

The beginning is pretty much a rip off of "Oh Bury Me Not On The Lone Prairie" but man, it works.