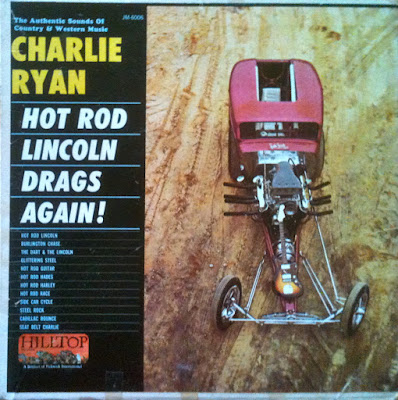 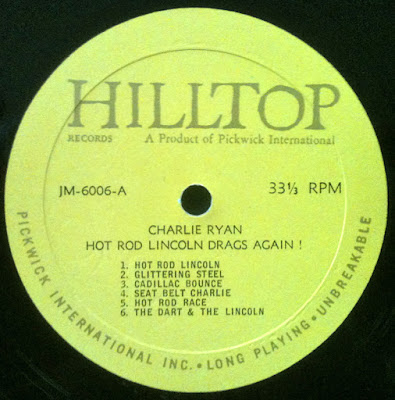 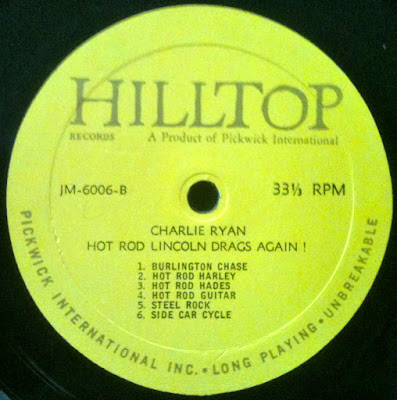 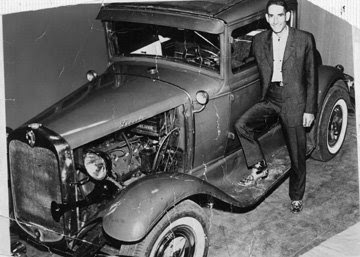 Ryan grew up in Polson, Montana and moved to Spokane in 1943. He served in the United States Army during World War II. After the war, he worked as a musician and songwriter, touring with artists such as Jim Reeves and Johnny Horton. In 1955, he and W. S. Stevenson wrote "Hot Rod Lincoln", and Ryan recorded the first version of the song (as "Charlie Ryan and the Livingston Brothers"). Ryan released a remake in 1959 as "Charlie Ryan and The Timberline Riders"; the song was later covered by Johnny Bond (1960) and Commander Cody and His Lost Planet Airmen (1972), among others.

I just picked this @ the flea market for a mere 2 bucks. Most of the songs are just different takes on "Hot Rod Lincoln" and the ones that aren't.... well, meh. But its still a fun little record and the cover w/ the Hot Rod & Guitar is aces Daddy-O!!!

Very cool - thanks! Hot Rod Hades is of course the winner ;-)

The link to download this is no longer working! Do you have the Charlie Ryan Album on King?

Sorry Duke, I do not have the album on King. I will try and re-up the link here.
Best,
DD